Coushatta is a town in and the parish seat of rural Red River Parish in north Louisiana, United States. It is situated on the east bank of the Red River. The community is approximately forty-five miles south of Shreveport on U.S. Highway 71. The population, 2,299 at the 2000 census, is nearly two-thirds African American, most with long family histories in the area. The 2010 census, however, reported 1,964 residents, a decline of 335 persons, or nearly 15 percent during the course of the preceding decade. 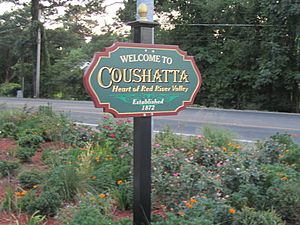 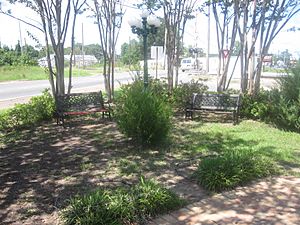 Red River Parish and the Red River Valley were areas of unrest and white paramilitary activity and violence after the Civil War, and especially during the 1870s of Reconstruction. The parish was based on cotton cultivation, dependent on the labor of enslaved African Americans who far outnumbered the whites. After the war, white planters and farmers tried to reestablish dominance over a majority of the population. With emancipation and being granted citizenship and suffrage, African Americans tried to create their own lives.

Formed in May 1874 from white militias, the White League in Louisiana was increasingly well-organized in rural areas like Red River Parish. It worked to turn out the Republican Party, as well as suppress freedmen's civil rights and voting rights. It used violence against officeholders, running some out of town and killing others, and acted near elections to suppress black and white Republican voter turnout.

In one of the more flagrant examples of violence, the White League in August 1874 forced six Republicans from office in Coushatta, then assassinated them before they could leave the state. Victims included the brother and three brothers-in-law of the Republican State Senator Marshall H. Twitchell. Twitchell's wife and her brothers were from a family with long ties in Red River Parish. One of Twitchell's several biographies is an unpublished 1969 dissertation at Mississippi State University in Starkville by the historian Jimmy G. Shoalmire, a Shreveport native and a specialist in Reconstruction studies.

The White League also killed five to twenty freedmen who had been escorting the Republicans and were witnesses to the assassinations. The events became known as the Coushatta Massacre and contributed to the Republican governor's requesting more Federal troops from U.S. President U.S. Grant to help control the state. Ordinary Southerners wrote to the White House describing the terrible conditions and fear they lived under during these years.

With increased fraud, violence and intimidation, white Redeemer Democrats gained control of the state legislature in 1876 and established a new system of one-party rule. They passed laws making elections more complicated and a new constitution with provisions that effectively disenfranchised most African Americans and many poorer whites. This disenfranchisement persisted for decades into the 20th century before passage of civil rights legislation and the Voting Rights Act of 1965.

Dr. L'Herisson's father-in-law, whom he never met, Lawrence Wiley Sloan (1892-1935,) died in an accident during the early attempt to bring electricity to southern Tennessee. The Tennessee Valley Authority, launched in 1933, honored Sloan by designating his then nine-year-old daughter, Mary, to throw the switch that energized the region. 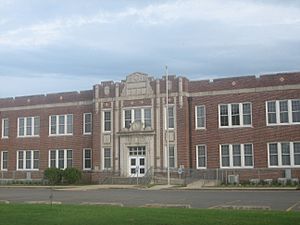 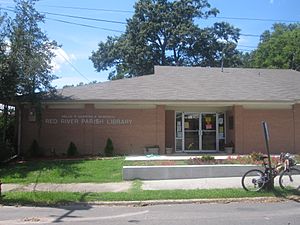 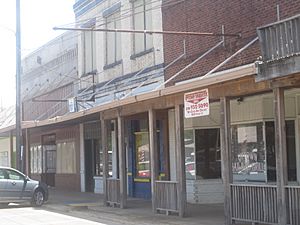 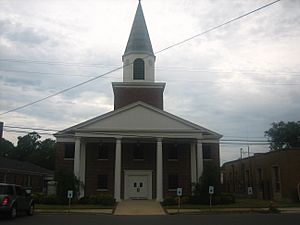 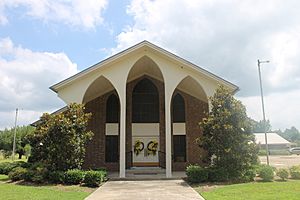 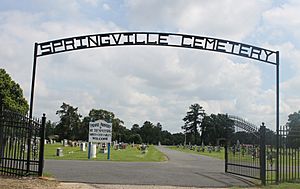 Springville Cemetery is located atop a hill off U.S. Highway 71 in Coushatta.

There were 738 households out of which 38.5% had children under the age of 18 living with them, 34.4% were married couples living together, 31.8% had a female householder with no husband present, and 30.6% were non-families. 27.1% of all households were made up of individuals and 12.9% had someone living alone who was 65 years of age or older. The average household size was 2.82 and the average family size was 3.48.

Coushatta is the home of C Troop 2-108th Cavalry Squadron, a unit dating back to the Confederate Army during the Civil War under the nickname "the Wildbunch". This unit was formerly known as A Company 1-156 Armor Battalion and served recently in Iraq during 2004-5 under the 256th Infantry Brigade. This unit just returned from its second deployment to Iraq in 2010.

This climatic region is typified by large seasonal temperature differences, with warm to hot (and often humid) summers and cold (sometimes severely cold) winters. According to the Köppen Climate Classification system, Coushatta has a humid subtropical climate, abbreviated "Cfa" on climate maps.

All content from Kiddle encyclopedia articles (including the article images and facts) can be freely used under Attribution-ShareAlike license, unless stated otherwise. Cite this article:
Coushatta, Louisiana Facts for Kids. Kiddle Encyclopedia.