The cryosphere is the part of the Earth’s surface where water is in solid form, including sea ice, lake ice, river ice, snow cover, glaciers, ice caps and ice sheets, and frozen ground (which includes permafrost). It often overlaps with the hydrosphere, the water on, under and over the surface of the Earth. The cryosphere is an important part of the global climate system. It influences surface energy, clouds, precipitation, hydrology, and the way both air and water move about in the atmosphere and oceans. The cryosphere is important to understanding how the climate of Earth works and how it affects global climate. The word cyrosphere comes from the Greek word cryo meaning "cold". 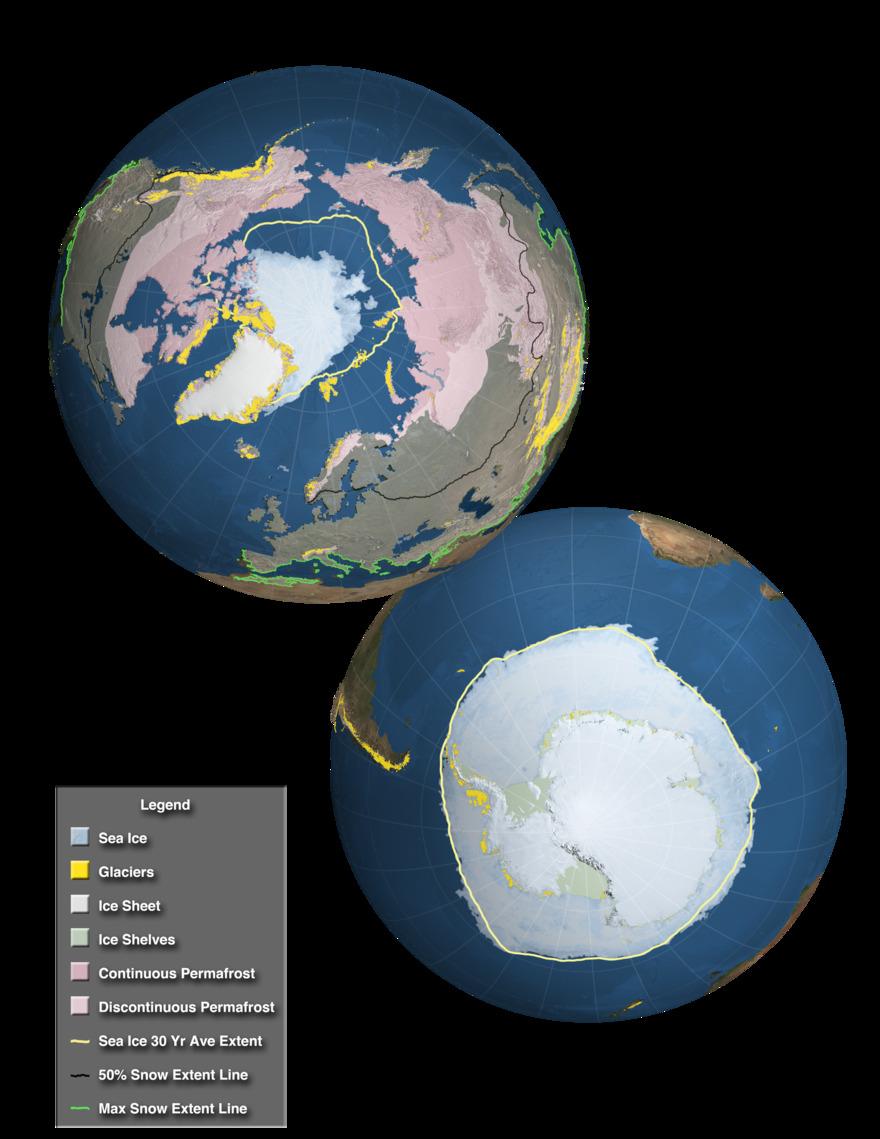 This high resolution image shows the extent of the regions affected by components of the cryosphere around the world. Over land, continuous permafrost is shown in a dark pink while discontinuous permafrost is shown in a lighter shade of pink. Over much of the northern hemisphere's land area, a semi-transparent white veil depicts the regions that were affected by snowfall at least one day during the period 2000-2012. The bright green line along the southern border of this region shows the maximum snow extent while a black line across the North America, Europe and Asia shows the 50% snow extent line. Glaciers are shown as small golden dots in mountainous areas and in the far northern and southern latitudes. Over the water, ice shelves are shown around Antarctica along with sea ice surrounding the ice shelves. Sea ice is also shown at the North Pole. For both poles. the 30 year average sea ice extent is shown by a yellow outline. In addition, the ice sheets of Greenland and Antarctica are clearly visible.

All content from Kiddle encyclopedia articles (including the article images and facts) can be freely used under Attribution-ShareAlike license, unless stated otherwise. Cite this article:
Cryosphere Facts for Kids. Kiddle Encyclopedia.