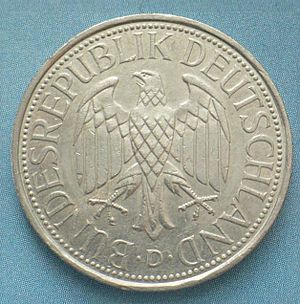 Cupronickel (also known as copper-nickel) is an alloy of copper that contains nickel and strengthening elements, such as iron and manganese. Despite its high copper content, cupronickel is silver in colour.

Due to the specific properties of nickel and copper alloys, they are applied in various domains of industry e.g. mint industry, armaments industry, desalination industry, marine engineering, extensively used in the chemical, petrochemical and electrical industries.

Cupronickel is highly resistant to corrosion in seawater. It is used for piping, heat exchange's and condensers in seawater systems, marine hardware, and sometimes for the propellers, crankshafts and hulls of premium tugboats, fishing boats and other working boats.

Another common use of cupronickel is in silver-coloured modern-circulated coins. A typical mix is 75% copper, 25% nickel, and a trace amount of manganese. In the past, true silver coins were debased with cupronickel.

Aside from the terms cupronickel and copper-nickel, several other terms have been used to describe the material: the tradenames Alpaka or Alpacca, Argentan Minargent, and the French term cuivre blanc ("white copper") are still registered; cupronickel is also occasionally referred to as hotel silver, plata alemana (Spanish for "German silver"), German silver, and Chinese silver.

The successful use of cupronickel in coinage is due to its corrosion resistance, electrical conductivity, durability, malleability, low allergy risk, ease of [[stamping (metalworking) and recyclability.

In part due to silver hoarding in the Civil War, the United States Mint first used cupronickel for circulating coinage in 1865, and then for five-cent pieces starting in 1866. Prior to these dates, both denominations had been made only in silver in the United States.

All content from Kiddle encyclopedia articles (including the article images and facts) can be freely used under Attribution-ShareAlike license, unless stated otherwise. Cite this article:
Cupronickel Facts for Kids. Kiddle Encyclopedia.