Cyprian Kamil Norwid, a.k.a. Cyprian Konstanty Norwid ( 24 September 1821 – 23 May 1883), was a nationally esteemed Polish poet, dramatist, painter, and sculptor. He was born in the Masovian village of Laskowo-Głuchy near Warsaw. One of his maternal ancestors was the Polish King John III Sobieski.

Norwid is regarded as one of the second generation of romantics. He wrote many well-known poems including Fortepian Szopena ("Chopin's Piano"), Moja piosnka [II] ("My Song [II]") and Bema pamięci żałobny-rapsod (A Funeral Rhapsody in Memory of General Bem). Norwid led a tragic and often poverty-stricken life (once he had to live in a cemetery crypt). He experienced increasing health problems, unrequited love, harsh critical reviews, and increasing social isolation. He lived abroad most of his life, especially in London and, in Paris where he died.

Norwid's original and non-conformist style was not appreciated in his lifetime and partially due to this fact, he was excluded from high society. His work was only rediscovered and appreciated by the Young Poland art movement of the late nineteenth and early twentieth century. He is now considered one of the four most important Polish Romantic poets. Other literary historians, however, consider this an oversimplification, and regard his style to be more characteristic of classicism and parnassianism.

The surname "Norwid" is a Polish form of the Lithuanian two-syllable archaic (sur)name Norvydas — from noras a wish, a desire, a goal and (iš)vysti to see, literally one, who has a desire. Born into a Polish–Lithuanian noble family bearing the Topór coat of arms, Cyprian Norwid and his brother Ludwik were orphaned early. For most of their childhood, they were educated at Warsaw schools. In 1830 Norwid interrupted his schooling (not having completed the fifth grade) and entered a private school of painting. His incomplete formal education forced him to become an autodidact.

His first foray into the literary sphere occurred in the periodical Piśmiennictwo Krajowe, which published his first poem, "Mój ostatni sonet" ("My Last Sonnet"), in issue 8, 1840. 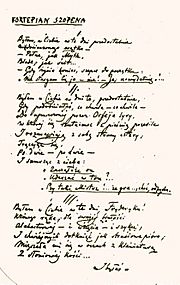 In 1842 Norwid went to Dresden, ostensibly to gain instruction in sculpture. He later also visited Venice and Florence. After he settled in Rome in 1844, his fiancée Kamila broke off their engagement. Later he met Maria Kalergis, née Nesselrode, who became his "lost love", even as his health deteriorated. The poet then travelled to Berlin, where he participated in university lectures and meetings with local Polonia. It was a time when Norwid made many new social, artistic and political contacts. After being arrested and forced to leave Prussia in 1846, Norwid went to Brussels. During the European Revolutions of 1848, he stayed in Rome, where he met fellow Polish intellectuals Adam Mickiewicz and Zygmunt Krasiński.

During 1849–1852, Norwid lived in Paris, where he met fellow Poles Frédéric Chopin and Juliusz Słowacki, as well as Russians Ivan Turgenev and Alexander Herzen. Financial hardship, unrequited love, political misunderstandings, and a negative critical reception of his works put Norwid in a dire situation. He lived in poverty and suffered from progressive blindness and deafness, but still managed to publish his work in the Parisian publication Goniec polski.

Norwid decided to emigrate to the United States of America on 29 September 1852 under the sponsorship of Wladyslaw Zamoyski. On 12 February 1853 he arrived in New York City aboard the Margaret Evans, and in the spring of that year obtained a well-paying job at a graphics firm. By autumn, he learned about the outbreak of the Crimean War. This made him consider a return to Europe, and he wrote to Mickiewicz and Herzen, asking for their assistance. 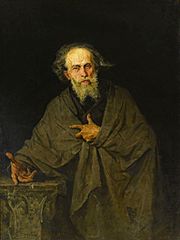 During April 1854, Norwid returned to Europe with Prince Marceli Lubomirski. He lived in London and earned enough money through artistic endeavours to be finally able to return to Paris. With his artistic work revived, Norwid was able to publish several works. He took a very keen interest in the outbreak of the January Uprising in 1863. Although he could not participate personally due to his poor health, Norwid hoped to personally influence the outcome of the event.

In 1866, the poet finished his work on Vade-Mecum, a vast anthology of verse. However, despite his greatest efforts and formidable contacts, it was unable to be published. This included Prince Władysław Czartoryski failing to grant the poet the loan he had promised.

In subsequent years, Norwid lived in extreme poverty and suffered from tuberculosis. His cousin, Michał Kleczkowski, later relocated Norwid to the St. Casimir's Institute nursing home on the outskirts of Paris. During the last months of his life, Norwid was weak and bed-ridden; he frequently wept and refused to speak with anyone. He died in the morning of 23 May 1883. 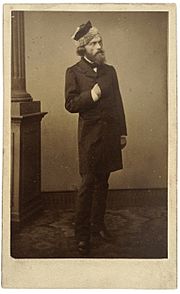 Literary historians view Norwid's work as being too far ahead of its time to be appreciated, possessing elements of romanticism, classicism and parnassianism. Following his death, many of Norwid's works were forgotten; it was not until the Young Poland period that his finesse and style was appreciated. At that time, his work was discovered and popularised by Zenon Przesmycki, a Polish poet and literary critic who was a member of the Polish Academy of Literature. Some eventually concluded that during his life, Norwid was rejected by his contemporaries so that he could be understood by the next generation of "late grandsons."

Opinion is divided, however, as to whether he was a true Romantic artist – or if he was artistically ahead of his time. Norwid’s "Collected Works" (Dzieła Zebrane) were published in 1968 by Juliusz Wiktor Gomulicki, a Norwid biographer and commentator. The full iconic collection of Norwid’s work was released during the period 1971–76 as Pisma Wszystkie ("Collected Works"). Comprising 11 volumes, it includes all of Norwid's poetry as well as his letters and reproductions of his artwork. Since 2011 the Scholarly Society of the Catholic University of Lublin has been publishing a new critical edition of his complete works, Dziela wszystkie, in 17 volumes. His graphic works were published in 4 volumes between 2014 and 2019. In 2011 a Polish poet and translator of Norwid into French, Christophe Jeżewski, published a pioneering study about the influence of ancient Chinese thinking on the Polish writer – Cyprian Norwid a myśl i poetyka Kraju Środka (Cyprian Norwid and the Thought and Poetics of the Middle Kingdom).

On 24 September 2001, 118 years after his death in France, an urn containing soil from the collective grave where Norwid had been buried in Paris' Montmorency cemetery was enshrined in the "Crypts of the Bards" at Wawel Cathedral. There, Norwid's remains were placed next to those of fellow Polish poets Adam Mickiewicz and Juliusz Słowacki. The cathedral's Zygmunt Bell, heard only when events of great national and religious significance occur, resounded loudly to mark the poet's return to his homeland. During a special Thanksgiving Mass held at the cathedral, the Archbishop of Kraków, cardinal Franciszek Macharski said that 74 years after the remains of Juliusz Slowacki were brought in, again the doors of the crypt of bards have opened "to receive the great poet, Cyprian Norwid, into Wawel's royal cathedral, for he was an equal of kings".

In 1966, the Polish Scouts in Chicago acquired a 240-acre parcel of land in the northwoods of Wisconsin, 20 miles west of Crivitz, Wisconsin and named it Camp Norwid in his honor. The camp is private property, and has been a forging place for generations of youth of Polish heritage from the Chicago and Milwaukee areas and from across the United States.

In 2021, on the 200th anniversary of Norwid’s birth, brothers Stephen and Timothy Quay produced a short film Vade-mecum about the poet's life and work in an attempt to promote his legacy among foreign audiences. 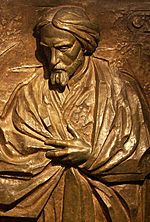 Norwid's most extensive work, Vade mecum, written between 1858 and 1865, was first published a century after his death. Some of Norwid's works have been translated into English by Walter Whipple and Danuta Borchardt in the United States of America, and by Jerzy Pietrkiewicz and Adam Czerniawski in Britain.

All content from Kiddle encyclopedia articles (including the article images and facts) can be freely used under Attribution-ShareAlike license, unless stated otherwise. Cite this article:
Cyprian Norwid Facts for Kids. Kiddle Encyclopedia.