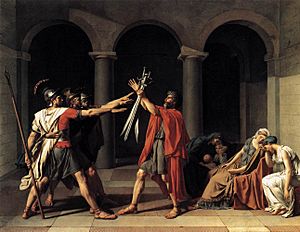 Jacques-Louis David, Oath of the Horatii, 1784, an icon of Neoclassicism in painting

Classicism, in the arts, refers generally to a high regard for a classical period, classical antiquity in the Western tradition, as setting standards for taste which the classicists seek to emulate.

Classicism is a force which is often present in post-medieval European and European influenced traditions; however, some periods felt themselves more connected to the classical ideals than others, particularly the Age of Enlightenment, when Neoclassicism was an important movement in the visual arts. 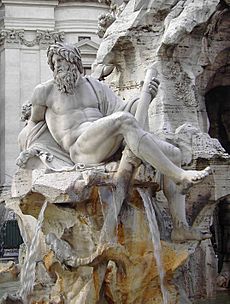 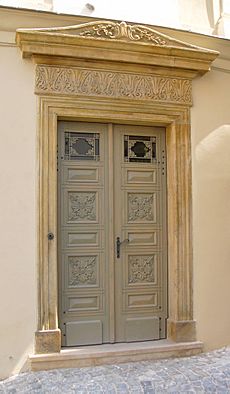 Classicism is a specific genre of philosophy, expressing itself in literature, architecture, art, and music, which has Ancient Greek and Roman sources and an emphasis on society.

Classicism in the theatre was developed by 17th century French playwrights from what they judged to be the rules of Greek classical theatre.

Classicism in architecture developed during the Italian Renaissance, notably in the writings and designs of Leon Battista Alberti and the work of Filippo Brunelleschi. It places emphasis on symmetry, proportion, geometry as they are demonstrated in the architecture of Classical antiquity and in particular, the architecture of Ancient Rome, of which many examples remained.

In the fine arts

All content from Kiddle encyclopedia articles (including the article images and facts) can be freely used under Attribution-ShareAlike license, unless stated otherwise. Cite this article:
Classicism Facts for Kids. Kiddle Encyclopedia.