Kids Encyclopedia Facts
Not to be confused with David Cook, founder of Blockbuster. 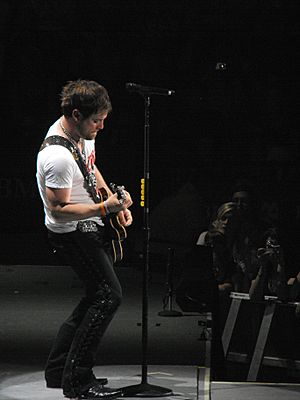 David Cook is an American alternative rock and post-grunge singer-songwriter. He was born on December 20, 1982. His hometown is Blue Springs, Missouri.

All content from Kiddle encyclopedia articles (including the article images and facts) can be freely used under Attribution-ShareAlike license, unless stated otherwise. Cite this article:
David Cook (singer) Facts for Kids. Kiddle Encyclopedia.