Division of Flynn facts for kids 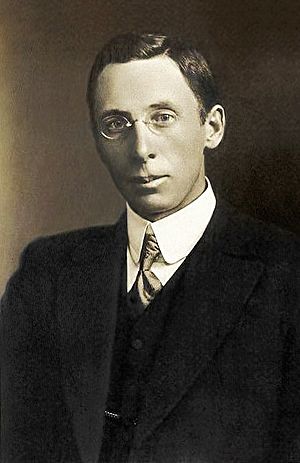 The Division of Flynn is an Australian Electoral Division in Queensland. It was set up for the 2007 federal election. The electorate covers the areas west from the port city of Gladstone, as far as the town of Emerald. It was named after John Flynn, founder of the Royal Flying Doctor Service.

In June 2006, the Australian Electoral Commission announced that the new division would be named Wright. This would honour Judith Wright for her life as a "poet and in the areas of arts, conservation and indigenous affairs in Queensland and Australia". Many people complained because the name could be linked to disgraced former Queensland ALP leader Keith Wright. Instead the AEC named the seat after John Flynn.

All content from Kiddle encyclopedia articles (including the article images and facts) can be freely used under Attribution-ShareAlike license, unless stated otherwise. Cite this article:
Division of Flynn Facts for Kids. Kiddle Encyclopedia.