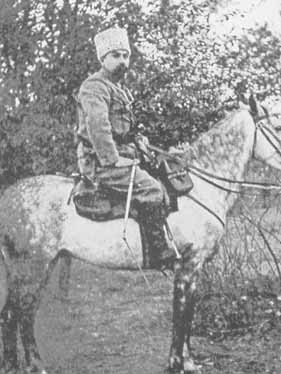 General Drastamat Kanayan (May 31, 1884 – March 8, 1956) was an Armenian politician, revolutionary, and general. He was the commander of the Armenian Legion of the Wehrmacht, the armed forces of Nazi Germany and part of Armenian national liberation movement.

All content from Kiddle encyclopedia articles (including the article images and facts) can be freely used under Attribution-ShareAlike license, unless stated otherwise. Cite this article:
Drastamat Kanayan Facts for Kids. Kiddle Encyclopedia.