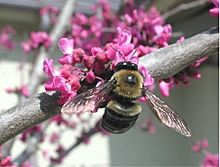 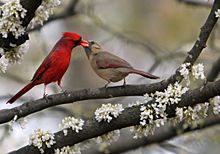 It typically grows to 6–9 m (20–30 ft) tall with an 8–10 m (26–33 ft) spread. It generally has a short, often twisted trunk and spreading branches. A 10-year-old tree will generally be around 5 m (16 ft) tall. The bark is dark in color, smooth, later scaly with ridges somewhat apparent, sometimes with maroon patches. The twigs are slender and zigzag, nearly black in color, spotted with lighter lenticels. The winter buds are tiny, rounded and dark red to chestnut in color. The leaves are alternate, simple, and heart shaped, thin and papery, and may be slightly hairy below.

The flowers are showy, light to dark magenta pink in color, appearing in clusters from Spring to early Summer, on bare stems before the leaves, sometimes on the trunk itself. The flowers are pollinated by long-tongued bees such as blueberry bees and carpenter bees. Short-tongued bees apparently cannot reach the nectaries. The fruit are flattened, dry, brown, pea-like pods that contain flat, elliptical, brown seeds, maturing in August to October.

In some parts of southern Appalachia, green twigs from the eastern redbud are used as seasoning for wild game such as venison and opossum. Because of this, in these mountain areas the eastern redbud is sometimes known as the spicewood tree.

In the wild, eastern redbud is a frequent native understory tree in mixed forests and hedgerows. It is also much planted as a landscape ornamental plant. The leaves are eaten by the caterpillars of some Lepidoptera, for example the Io moth (Automeris io). 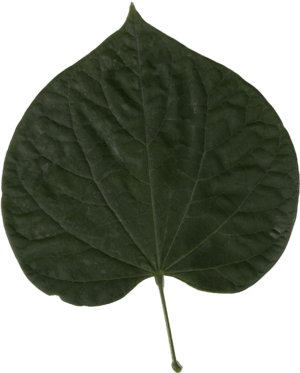 In the United States, this tree is difficult to grow farther west into arid areas west of western Kansas and Colorado, as there is not sufficient annual precipitation. Its far northern range of growth is the lower Midwest, Ohio Valley, to the south of Boston. There has been success with growing the tree in Columbus, Wisconsin, which has become known as the "Columbus Strain" and a seed source for nurseries.

C. canadensis is grown in parks and gardens, with several cultivars being available. The cultivar 'Forest Pansy', with purple leaves, has gained the Royal Horticultural Society's Award of Garden Merit.

All content from Kiddle encyclopedia articles (including the article images and facts) can be freely used under Attribution-ShareAlike license, unless stated otherwise. Cite this article:
Eastern redbud Facts for Kids. Kiddle Encyclopedia.