Echternach (Luxembourgish: Iechternach) is a commune in eastern Luxembourg, capital of the Echternach canton. It is the oldest town with city rights in Luxembourg. 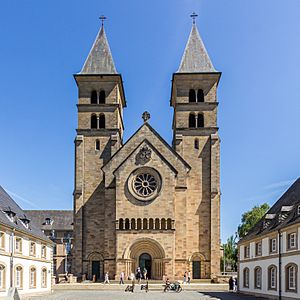 The town grew around the walls of the Abbey of Echternach, which was founded in 698 by St. Willibrord, an English monk from Ripon, Northumbria (in present-day North Yorkshire, England), who became the first bishop of Utrecht and worked to Christianize the Frisians.

The abbey were closed during the French revolution in 1797. Echternach was given city rights in the year 1236.

Echternach is in the east of the country near the border with Germany, on the banks of the Saar River.

Echternach is surrounded by four communes of Luxembourg: Rosport to the east and south, Bech to the southwest, and Berdorf and Consdorf to the west. To the north, the commune borders the Echternacherbrück municipality of the Bitburg-Prüm district in the German state of Rhineland-Palatinate; and to the northwest the Bollendorf municipality, also in the Bitburg-Prüm district of the Rhineland-Palatinate.

Evolution of the population in Echternach 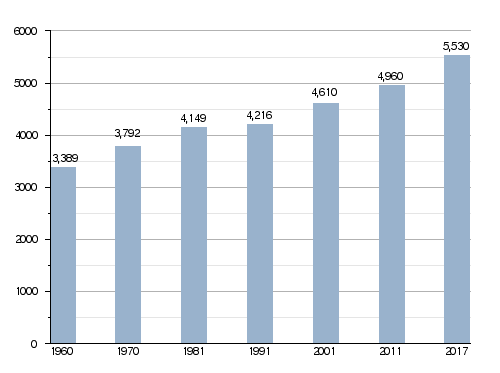 All content from Kiddle encyclopedia articles (including the article images and facts) can be freely used under Attribution-ShareAlike license, unless stated otherwise. Cite this article:
Echternach Facts for Kids. Kiddle Encyclopedia.