Edred of England facts for kids

King Edred or Eadred (c. 923 – November 23 955) was King of England from 946 until his death. He was a son of King Edward the Elder and Edgiva of Kent. He was king after his brother, King Edmund I. Like both his older brothers, Edred was successful against the Vikings. Edred was a very religious man, but had very poor health (he could barely eat his food). He died on November 23 955, in Frome, Somerset, and was buried in the Old Minster at Winchester. His nephew, King Edwy, became king after him. 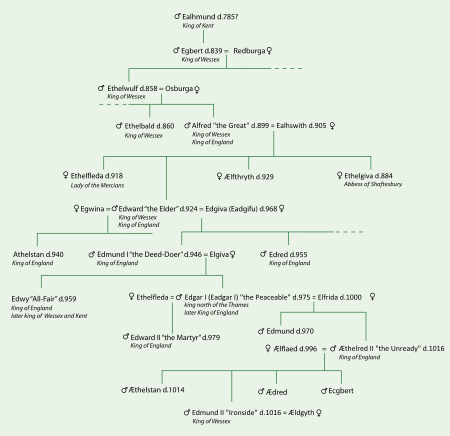 All content from Kiddle encyclopedia articles (including the article images and facts) can be freely used under Attribution-ShareAlike license, unless stated otherwise. Cite this article:
Edred of England Facts for Kids. Kiddle Encyclopedia.