Forest is a city and the county seat of Scott County, Mississippi. The population was 5,684 at the 2010 census and the population is a minority-majority. 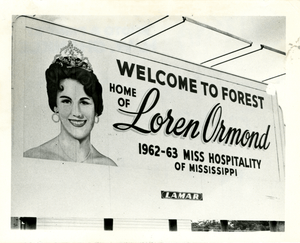 Forest is served by Interstate 20, U.S. Route 80, and Mississippi Highways 21, 35, and 501. Air transportation is available through G. V. Montgomery Airport or the nearby Jackson-Evers International Airport (JAN).

Forest is home to several poultry processing plants, including Koch Foods, Tyson Foods, and the Forest Packing Company. As a result of these plants, the city has attracted numerous Hispanic residents who work in the plants.

Raytheon has a consolidated manufacturing center in Forest; it builds electronic equipment for radars and other sensor systems.

All content from Kiddle encyclopedia articles (including the article images and facts) can be freely used under Attribution-ShareAlike license, unless stated otherwise. Cite this article:
Forest, Mississippi Facts for Kids. Kiddle Encyclopedia.