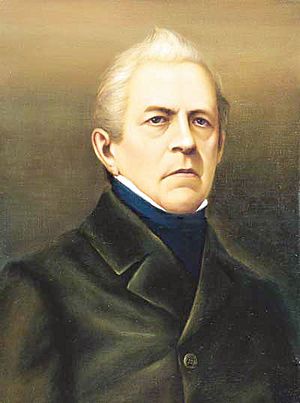 Franz Adolf Berwald was a Swedish composer of the 19th Century. He was born in Stockholm on 23 July 1786. He died in Stockholm on 3 April 1868. While he was alive, people generally ignored his composing work, so he had to do other things to gain a living. He worked as an orthopedic surgeon, and later as the manager of a saw mill and glass factory. Franz adolf berwald came from a family with four generations of musicians.

Today, many people see him as one of the finest Swedish composers of the 19th century.

All content from Kiddle encyclopedia articles (including the article images and facts) can be freely used under Attribution-ShareAlike license, unless stated otherwise. Cite this article:
Franz Berwald Facts for Kids. Kiddle Encyclopedia.