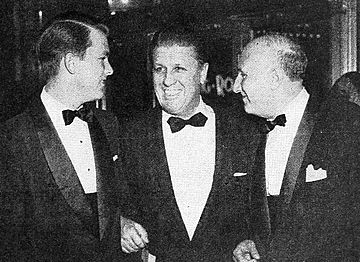 George Cooper Stevens Jr. (born April 3, 1932) is an American writer, playwright, director and producer. He was born in Los Angeles. He is the founder of the American Film Institute, creator of the AFI Life Achievement Award and instigator/producer of the Kennedy Center Honors.

All content from Kiddle encyclopedia articles (including the article images and facts) can be freely used under Attribution-ShareAlike license, unless stated otherwise. Cite this article:
George Stevens Jr. Facts for Kids. Kiddle Encyclopedia.