Gueydan (local pronunciation [ge(ɪ)dɔ̃]) is a town in Vermilion Parish, Louisiana, United States. The population was 1,398 at the 2010 census, down from 1,598 in 2000. At the 2020 population estimates program, its population decreased to 1,328. It is part of the Abbeville micropolitan statistical area. 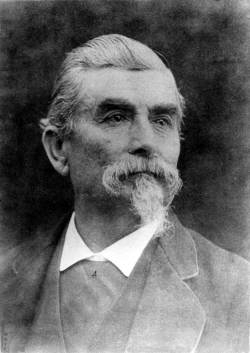 For thousands of years, indigenous peoples lived along the waterways of Louisiana. They were able to hunt plentiful game and harvest fish from the rivers. In historic times, this area was inhabited by the Attakapa and Chitimacha.

In the early 1860s, Jean Pierre Gueydan, the founder of the European-American town, lived in Abbeville, Louisiana, about 30 miles east of present-day Gueydan. As had the Attapaka and earlier American Indian tribes, he often came to the future town site to hunt deer, ducks, geese, pheasant, cache-cache (jack snipe), papabottes, and other game. The area was a hunter's paradise. Game and fish were boundless.

In 1884 the brothers Jean-Pierre and François Gueydan purchased forty thousand acres (160 km2) of land described by surveyors as "sea marsh, unfit for cultivation", for twelve and one-half cents per acre. By 1896 a small portion of their purchase became known as the "Gueydan Pasture". It was chartered as a village when the population reached 250. Jean Pierre was the official founder of Gueydan, as by then he had purchased his brother's landholdings. In 1902, the settlement became the town of Gueydan.

Realizing the importance of a railroad to the rice farmers, Gueydan donated a section of land and extensive right-of-way to induce the Southern Pacific Railroad to build a branch line from Midland, Louisiana. Shortly after, he offered the first property lots for sale. Settlers began to arrive from other parts of the state and the rest of the country.

The first irrigation pump in the state of Louisiana was built nearby at Primeaux Landing. This enabled water to be pumped to irrigate thousands of acres of rice. With the pump, the area grew as a producer of rice. In the late 19th century, farmers recruited Italian immigrants as laborers, but they quickly left the role of farm workers. Some established local businesses, such as groceries, barber shops and tailors, in small towns across Louisiana.

The founder Jean Pierre Gueydan lived at his plantation, St. Bennette, about two miles south of the community. In 1894 the plantation house was used to house the town's first school, which opened with 10 students.

The town of Gueydan suffered numerous near catastrophes. Fires in 1901, 1903, 1910, and 1927 caused extensive damage. The worst tragedy was the Flood of 1940. After near-record rainfalls in August 1940, the entire town was inundated. Locals still vividly recall the disaster. The area had extensive flooding because it is nearly flat prairie, with an average elevation of only nine feet above the Gulf of Mexico. The elevation tends to be in the range of 5 to 12 feet.

The whole area was once low marshy land, now called wetlands, subject to overflow by the waters of the nearby Mermentau River. Developers created a modern system of canals for drainage purposes and irrigation as early as 1901, but it interfered with the natural processes of the wetlands. Development of the town and rice culture further reduced the natural capacity of the wetlands to absorb flooding, and created a built-up area where flooding was a threat.

There were 644 households, out of which 31.2% had children under the age of 18 living with them, 46.3% were married couples living together, 15.1% had a female householder with no husband present, and 35.4% were non-families. 31.1% of all households were made up of individuals, and 15.5% had someone living alone who was 65 years of age or older. The average household size was 2.38 and the average family size was 2.99.

The town is the site of the annual Duck Festival,which is held the weekend before Labor Day, and is officially recognized as the Duck Capital of America. The Louisiana state championships for duck and goose calling are held in conjunction with the festival.

The climate in this area is characterized by hot, humid summers and generally mild to cool winters. According to the Köppen Climate Classification system, Gueydan has a humid subtropical climate, abbreviated "Cfa" on climate maps.

All content from Kiddle encyclopedia articles (including the article images and facts) can be freely used under Attribution-ShareAlike license, unless stated otherwise. Cite this article:
Gueydan, Louisiana Facts for Kids. Kiddle Encyclopedia.