Howard is a town in Steuben County, New York, United States. The population was 1,467 at the 2010 census.

The Town of Howard is in the west-central part of the county, east of Hornell.

The town was first settled around 1803, but not permanently settled until after that date. The town was formed in 1812 from parts of the Towns of Bath and Dansville. In turn, Howard contributed some of its territory to form part of the Towns of Avoca (1843) and Fremont (1854). 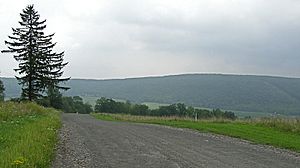 Interstate 86 passes across the north half of the town. Exit 35 is located in the town of Howard itself. 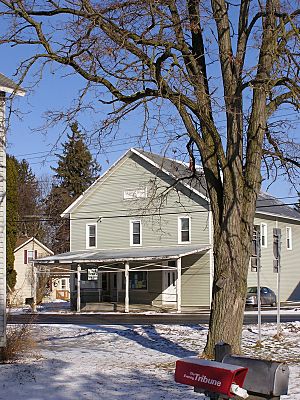 There were 505 households, out of which 41.0% had children under the age of 18 living with them, 61.8% were married couples living together, 7.1% had a female householder with no husband present, and 23.8% were non-families. 18.0% of all households were made up of individuals, and 7.3% had someone living alone who was 65 years of age or older. The average household size was 2.81 and the average family size was 3.13.

Communities and locations in the Town of Howard 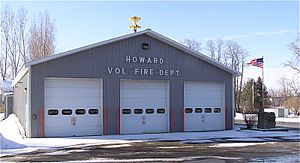 In its current configuration, Howard is split among four neighboring school districts including Avoca, Bath, Canisteo-Greenwood, and Hornell.

In the past there were multiple noteworthy schools in the town of Howard. One of those schools, which was located on Rt. 70a northwest of Willis Memorial Park, was built out of cobblestone and was thought to be one of the northernmost cobblestone buildings in the state of New York. That building, long abandoned, partially collapsed in 2004 and was razed by the then-current owners.

Another former schoolhouse in the town still remains open, now being used as a heating equipment store (B&D Partners, also formerly Southern Tier Farm Supply). This building is located on the south side of the Interstate-86 entrance/exit ramps and is easily distinguishable from houses in the area.

All content from Kiddle encyclopedia articles (including the article images and facts) can be freely used under Attribution-ShareAlike license, unless stated otherwise. Cite this article:
Howard, New York Facts for Kids. Kiddle Encyclopedia.