Kids Encyclopedia Facts
This page is about the Pennsylvania borough. For other uses, see Indiana, Pennsylvania (disambiguation).

Indiana is a borough in and the county seat of Indiana County in the U.S. Commonwealth of Pennsylvania. The population was 13,975 at the 2010 census, and since 2013 has been part of the Pittsburgh metropolitan area after being a long time part of the Pittsburgh and Johnstown television markets. Indiana is also the principal city of the Indiana, PA Micropolitan Statistical Area.

The borough and the region as a whole promotes itself as the "Christmas Tree Capital of the World" because the national Christmas Tree Grower's Association was founded there. There are still many Christmas tree farms in the area. The largest employer in the borough today is Indiana University of Pennsylvania, the second-largest of 14 PASSHE schools in the state.

The Indiana Weekly Messenger was published in the town between 1874 and 1946.

Indiana University of Pennsylvania (or IUP) is a public university founded in 1875, originally founded as a Normal School.

Early care and education programs for pre-k children are available. The non-profit IndiKids or (Indiana County Child Day Care Centers) offers NAEYC-accredited care for children of students and community members on the campus of IUP and throughout the community. 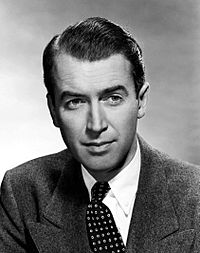 Indiana was the birthplace and hometown of actor Jimmy Stewart (1908–1997), who was born there and lived at 104 North 7th Street. Despite the fact that he left the area upon graduating from high school, the town always followed his career closely, with the local newspaper periodically publishing rumors in his later years that Stewart planned to return there to live. On May 20, 1983, Stewart was given a 75th birthday celebration by the town. Before Stewart's death, a museum to his memory was opened on the third floor of the local public library, and a bronze statue of Stewart was erected in his honor at the county courthouse during his 75th birthday. The town annually holds a Jimmy Stewart film festival as part of the town's "It's a Wonderful Life" holiday celebration.

Environmentalist author Edward Abbey (1927–1989) was born at the Indiana hospital and raised in Indiana and near the Indiana County towns and villages of Saltsburg, Home, and Tanoma. His first novel, Jonathan Troy (1954), is set entirely in a thinly disguised Indiana, and his novel The Fool's Progress (1988), which he called his "fat masterpiece", is an autobiographical account of his growing up in this area and his imagined attempt to return home after a lifetime spent mostly in the desert Southwest. His nonfiction book Appalachian Wilderness (1970) lovingly describes Indiana and Home. There is a Pennsylvania state historical marker for Abbey.

All content from Kiddle encyclopedia articles (including the article images and facts) can be freely used under Attribution-ShareAlike license, unless stated otherwise. Cite this article:
Indiana, Pennsylvania Facts for Kids. Kiddle Encyclopedia.