Jönköpings Södra IF facts for kids

Jönköpings Södra IF, also known as J-Södra IF, J-Södra or simply Jönköping, is a Swedish football club based in Jönköping. The club, founded in 1922, returned to the Swedish second division Superettan in 2018 after relegation from the 2017 Allsvenskan. J-Södra has played a total of twelve Allsvenskan seasons previously, with the most successful finish being runner-up in 1950 and their last spell ending in 2017. The club is affiliated to the Smålands Fotbollförbund.

Their home games are played at Stadsparksvallen with a capacity of 5,200 but in the autumn of 2015 the municipality decided to build a new stadium where J-Södra will play in the future. The club's training facility is located in Odensberg, Jönköping. 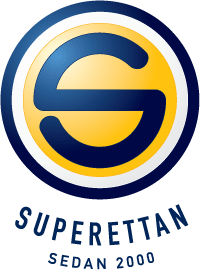 Jönköpings Södra IF was founded on December 9th 1922 with Bandy being the first sport where the club fielded a team. Other sports that were played by the club in its early days includes Boxing, Ice hockey, Tennis and Table tennis. In 1923 they played their first football match, which only featured eight players for each side as they did not have access to a big enough pitch to fit more players. Five years later J-Södra finally entered into league play for the first time as well as the district championship.

The clubs first major success came during the 44–45 season. It was only their second year ever in the second tier of the Swedish football league system, but J-Södra managed to go through the season winning all 18 league games as well as the promotion playoffs, thus qualifying themselves for the top division Allsvenskan for the first time ever. The club established themselves in the top division throughout the late 40's and early 50's.

In 2003 the club announced the high-profile signing of former Sweden national football team coach Olle Nordin as their new manager. During his reign he helped the club advance to, and establish themselves in, Superettan and he eventually also took over the role of director of sports.

All content from Kiddle encyclopedia articles (including the article images and facts) can be freely used under Attribution-ShareAlike license, unless stated otherwise. Cite this article:
Jönköpings Södra IF Facts for Kids. Kiddle Encyclopedia.