James Harrison Coburn III August 31, 1928 – November 18, 2002 was an American actor. He featured in more than 70 films, largely action roles, and made 100 television appearances during a 45-year career, ultimately winning an Academy Award in 1998 for his supporting role as Glen Whitehouse in Affliction.

A capable, rough-hewn leading man, his toothy grin and lanky physique made him a perfect tough guy in numerous leading and supporting roles in westerns and action films, such as The Magnificent Seven, Hell Is for Heroes, The Great Escape, Charade, Our Man Flint, In Like Flint, Duck, You Sucker!, Pat Garrett and Billy the Kid and Cross of Iron.Coburn provided the voice of Henry Waternoose in the Pixar film Monsters, Inc.

During the late 1960s and early 1970s, Coburn cultivated an image synonymous with "cool", and along with such contemporaries as Lee Marvin, Steve McQueen, and Charles Bronson became one of the prominent "tough-guy" actors of his day.

Coburn was born on August 31, 1928 in Laurel, Nebraska, the son of James Harrison Coburn II and Mylet Coburn. His father was of Scottish-Irish ancestry and his mother was an immigrant from Sweden. The elder Coburn had a garage business that was destroyed by the Great Depression. Coburn himself was raised in Compton, California, where he attended Compton Junior College. In 1950, he enlisted in the United States Army, in which he served as a truck driver and occasionally a disc jockey on an Army radio station in Texas. Coburn also narrated Army training films in Mainz, Germany. 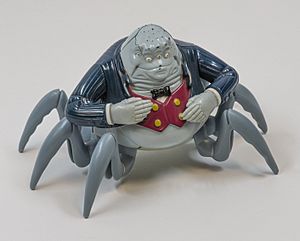 Because of his severe rheumatoid arthritis, Coburn appeared in very few films during the 1980s, yet continued working until his death in 2002. This disease had left Coburn's body deformed and in pain. "You start to turn to stone," he told ABCNEWS in an April 1999 interview. "See, my hand is twisted now because tendons have shortened."

For 20 years he tried a host of conventional and unconventional treatments, but nothing worked. "There was so much pain that … every time I stood up, I would break into a sweat," he recalled. Then, at age 68, Coburn tried something new for treatment. The result, he said, was nothing short of miraculous. "You take this stuff and it starts right away," said Coburn. "Everyone I've given it to has had a positive response." The new treatment did not cure Coburn's arthritis, but it did relieve his pain, allowing him to move more freely and resume his career, he returned to film in the 1990s and appeared in many supporting roles. 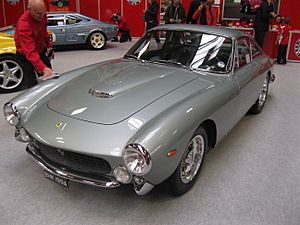 Coburn's interest in fast cars began with his father's garage business and continued throughout his life, as he exported rare cars to Japan. Coburn in the early 1960s owned a Ferrari 250 GT Lusso and a Ferrari 250 GT Spyder California SWB. His Spyder was the thirteenth of just fifty-six built. Coburn imported the pre-owned car in 1964, shortly after completing The Great Escape. The car was restored and sold for $10,894,400, setting a new world record for the highest price ever paid for an automobile at auction.

Coburn died of a heart attack on November 18, 2002 while listening to music at his Beverly Hills home. His wife Paula died less than two years later on July 30, 2004 at the age of 48, due to cancer.

All content from Kiddle encyclopedia articles (including the article images and facts) can be freely used under Attribution-ShareAlike license, unless stated otherwise. Cite this article:
James Coburn Facts for Kids. Kiddle Encyclopedia.