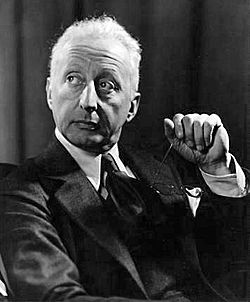 Jerome David Kern (January 27, 1885 – November 11, 1945) was an American composer of musical theatre and popular music. One of the most important American theatre composers of the early 20th century, he wrote more than 700 songs, used in over 100 stage works, including such classics as "Ol' Man River", "Can't Help Lovin' Dat Man", "A Fine Romance", "Smoke Gets in Your Eyes", "The Song Is You", "All the Things You Are", "The Way You Look Tonight", "Long Ago (and Far Away)" and "Who?". He collaborated with many of the leading librettists and lyricists of his era, including George Grossmith Jr., Guy Bolton, P. G. Wodehouse, Otto Harbach, Oscar Hammerstein II, Dorothy Fields, Johnny Mercer, Ira Gershwin and E. Y. Harburg.

A native New Yorker, Kern created dozens of Broadway musicals and Hollywood films in a career that lasted for more than four decades. His musical innovations, such as 4/4 dance rhythms and the employment of syncopation and jazz progressions, built on, rather than rejected, earlier musical theatre tradition.

He and his collaborators also employed his melodies to further the action or develop characterization to a greater extent than in the other musicals of his day, creating the model for later musicals. Although dozens of Kern's musicals and musical films were hits, only Show Boat is now regularly revived. Songs from his other shows, however, are still frequently performed and adapted. Many of Kern's songs have been adapted by jazz musicians to become standard tunes. 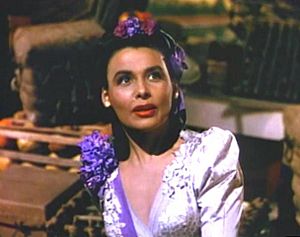 Kern and his wife, Eva, often vacationed on their yacht Show Boat. He collected rare books and enjoyed betting on horses. At the time of Kern's death, Metro-Goldwyn-Mayer was filming a fictionalized version of his life, Till the Clouds Roll By, which was released in 1946 starring Robert Walker as Kern. In the film, Kern's songs are sung by Judy Garland, Kathryn Grayson, June Allyson, Lena Horne, Dinah Shore, Frank Sinatra and Angela Lansbury, among others, and Gower Champion and Cyd Charisse appear as dancers. Many of the biographical facts are fictionalized.

In the fall of 1945, Kern returned to New York City to oversee auditions for a new revival of Show Boat, and began to work on the score for what would become the musical Annie Get Your Gun, to be produced by Rodgers and Hammerstein. On November 5, 1945, at 60 years of age, he suffered a cerebral hemorrhage while walking at the corner of Park Avenue and 57th Street. Identifiable only by his ASCAP card, Kern was initially taken to the indigent ward at City Hospital, later being transferred to Doctors Hospital in Manhattan. Hammerstein was at his side when Kern's breathing stopped. Hammerstein hummed or sang the song "I've Told Ev'ry Little Star" from Music in the Air (a personal favorite of the composer's) into Kern's ear. Receiving no response, Hammerstein realized Kern had died. Rodgers and Hammerstein then assigned the task of writing the score for Annie Get Your Gun to the veteran Broadway composer Irving Berlin.

Kern is interred at Ferncliff Cemetery in Westchester County, New York. He was survived by his wife and their daughter, Betty Jane (1913–1996; she married Artie Shaw in 1942 and later Jack Cummings). Kern's wife eventually remarried, to a singer named George Byron.

Jerome Kern was nominated eight times for an Academy Award, and won twice. Seven nominations were for Best Original Song; these included a posthumous nomination in each of 1945 and 1946. One nomination was in 1945 for Best Original Music Score. Kern was not eligible for any Tony Awards, which were not created until 1947. In 1976, Very Good Eddie was nominated for a Drama Desk Award as Outstanding Revival, and the director and actors received various Tony, Drama Desk and other awards and nominations. Elisabeth Welsh was nominated for a Tony Award for her performance in Jerome Kern Goes to Hollywood in 1986, and Show Boat received Tony nominations in both 1983 and 1995, winning for best revival in 1995 (among numerous other awards and nominations), and won the Laurence Olivier Award for best revival in 2008. In 1986, Big Deal was nominated for the Tony for best musical, among other awards, and Bob Fosse won as best choreographer. In 2000, Swing!, featuring Kern's "I Won't Dance" was nominated for the Tony for Best Musical, among others. In 2002, Elaine Stritch at Liberty, featuring Kern's "All in Fun", won the Tony Award for Best Special Theatrical Event. In 2004, Never Gonna Dance received two Tony nominations.

Kern was inducted into the Songwriters Hall of Fame posthumously, in 1970. In 1985, the U.S. Post Office issued a postage stamp (Scott #2110, 22¢), with an illustration of Kern holding sheet music.

Note: All shows listed are musical comedies for which Kern was the sole composer unless otherwise specified.

During his first phase of work (1904–1911), Kern wrote songs for 22 Broadway productions, including songs interpolated into British musicals or featured in revues (sometimes writing lyrics as well as music), and he occasionally co-wrote musicals with one or two other composers. During visits to London beginning in 1905, he also composed songs that were first performed in several London shows. The following are some of the most notable such shows from this period:

From 1912 to 1924, the more-experienced Kern began to work on dramatically concerned shows, including incidental music for plays, and, for the first time since his college show Uncle Tom's Cabin, he wrote musicals as the sole composer. His regular lyricist collaborators for his more than 30 shows during this period were Bolton, Wodehouse, Caldwell, Harry B. Smith and Howard Dietz. Some of his most notable shows during this very productive period were as follows:

During the last phase of his theatrical composing career, Kern continued to work with his previous collaborators but also met Oscar Hammerstein II and Otto Harbach, with whom Kern wrote his most lasting, memorable, and well-known works. The most successful of these are as follows:

In addition to revivals of his most popular shows, Kern's music has been posthumously featured in a variety of revues, musicals and concerts on and off Broadway.

All content from Kiddle encyclopedia articles (including the article images and facts) can be freely used under Attribution-ShareAlike license, unless stated otherwise. Cite this article:
Jerome Kern Facts for Kids. Kiddle Encyclopedia.