Kids Encyclopedia Facts
This page is about The Third King of Bhutan. For his grandson, The Gyaltshab of Bhutan, see Jigme Dorji Wangchuck (born 1986).

He began to open Bhutan to the outside world, began modernization, and took the first step towards democratization. 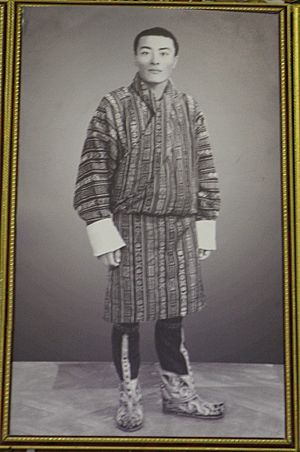 All content from Kiddle encyclopedia articles (including the article images and facts) can be freely used under Attribution-ShareAlike license, unless stated otherwise. Cite this article:
Jigme Dorji Wangchuck Facts for Kids. Kiddle Encyclopedia.