After a four-year hiatus from music, Scott released her fourth album, The Light of the Sun, in 2011. In 2014, she starred in the film Get On Up as the second wife of James Brown. She also appeared as the lead role in the BBC/HBO series The No. 1 Ladies' Detective Agency based on the novels of the same name by Alexander McCall Smith. In 2015, she released her fifth album, Woman. 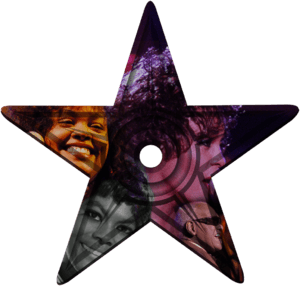 Scott was born on April 4, 1972 in Philadelphia, Pennsylvania. She grew up an only child in a North Philadelphia neighborhood, raised by her mother, Joyce Scott and grandmother. She recalls a happy childhood and was "very much a loved child".

After graduating the Philadelphia High School for Girls, Scott attended Temple University. While working two jobs, she studied secondary education. She planned to become a high school English teacher. However, after three years of study and then serving as a teacher's aide, Scott became disillusioned with a teaching career, and she dropped out of college.

Prior to breaking through the music industry, Scott worked at a variety of jobs, including a number of retail positions and stints at a construction site and an ice cream parlor.

All content from Kiddle encyclopedia articles (including the article images and facts) can be freely used under Attribution-ShareAlike license, unless stated otherwise. Cite this article:
Jill Scott Facts for Kids. Kiddle Encyclopedia.