As a child, Hafen immigrated to the United States from Switzerland and settled in Utah. There, he demonstrated artistic abilities from an early age. In 1890, he was one of a group of "art missionaries" who studied at the Académie Julian in Paris under the sponsorship of The Church of Jesus Christ of Latter-day Saints (LDS Church), in preparation for painting murals at the nearly completed Salt Lake Temple. After returning home, Hafen painted landscapes of rural Utah and portraits of LDS General Authorities. He suffered intense financial difficulty throughout his life and did not receive much recognition as an artist until a few years before his death. He has been named "Utah's greatest artist" by Alice Merrill Horne and "is now considered the most appealing of the early Utah stylists." 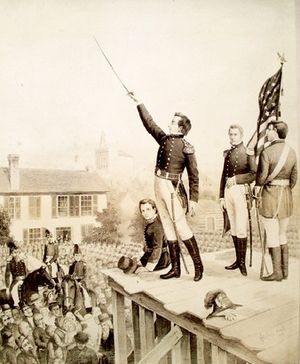 All content from Kiddle encyclopedia articles (including the article images and facts) can be freely used under Attribution-ShareAlike license, unless stated otherwise. Cite this article:
John Hafen Facts for Kids. Kiddle Encyclopedia.