Kids Encyclopedia Facts
Not to be confused with Jujube.

Jojoba is grown commercially to produce jojoba oil, a liquid wax ester extracted from its seed.

The plant is a native shrub of the Sonoran Desert, Colorado Desert, Baja California Desert, and California chaparral and woodlands habitats in the Peninsular Ranges and San Jacinto Mountains. It is found in southern California, Arizona, and Utah (U.S.), and Baja California state (Mexico).

The flowers are small and greenish-yellow, with 5–6 sepals and no petals. The plant typically blooms from March to May.

Each plant is dioecious, with hermaphrodites being extremely rare. The fruit is an acorn-shaped ovoid, three-angled capsule 1–2 centimeters (0.39–0.79 in) long, partly enclosed at the base by the sepals. The mature seed is a hard oval that is dark brown and contains an oil (liquid wax) content of approximately 54%. An average-sized bush produces 1 kilogram (2.2 lb) of pollen, to which few humans are allergic.

The female plants produce seed from flowers pollinated by the male plants. Jojoba leaves have an aerodynamic shape, creating a spiral effect, which brings wind-born pollen from the male flower to the female flower. In the Northern Hemisphere, pollination occurs during February and March. In the Southern Hemisphere, pollination occurs during August and September.

Somatic cells of jojoba are tetraploid; the number of chromosomes is 2n = 4x = 52. 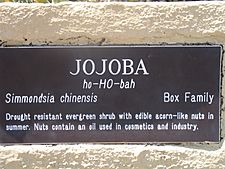 Despite its scientific name Simmondsia chinensis, the plant is not native to China. The botanist Johann Link originally named the species Buxus chinensis, after misreading a collection label "Calif", referring to California, as "China". Jojoba was collected again in 1836 by Thomas Nuttall who described it as a new genus and species in 1844, naming it Simmondsia californica, but priority rules require that the original specific epithet be used.

The common name "jojoba" originated from O'odham name Hohowi. The common name should not be confused with the similarly written jujube (Ziziphus zizyphus), an unrelated plant species, which is commonly grown in China. 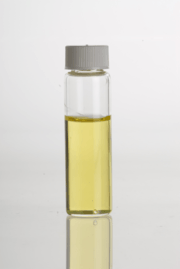 Jojoba foliage provides year-round food for many animals, including deer, javelina, bighorn sheep, and livestock. Its nuts are eaten by squirrels, rabbits, other rodents, and larger birds.

Only Bailey's pocket mouse, however, is known to be able to digest the wax found inside the jojoba nut. In large quantities, jojoba seed meal is toxic to many mammals, later this effect was found to be due to simmondsin, which inhibits hunger. The indigestible wax acts as a laxative in humans.

Native Americans first made use of jojoba. During the early 18th century Jesuit missionaries on the Baja California Peninsula observed indigenous peoples heating jojoba seeds to soften them. They then used a mortar and pestle to create a salve or buttery substance. The latter was applied to the skin and hair to heal and condition. The O'odham people of the Sonoran Desert treated burns with an antioxidant salve made from a paste of the jojoba nut.

The Seri, who utilize nearly every edible plant in their domain, do not regard the beans as real food and in the past ate it only in emergencies. 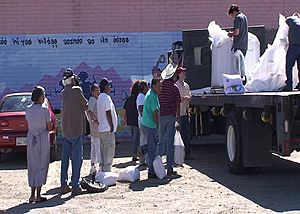 Jojoba is grown for the liquid wax, commonly called jojoba oil, in its seeds. This oil is rare in that it is an extremely long (C36–C46) straight-chain wax ester and not a triglyceride, making jojoba and its derivative jojoba esters more similar to whale oil than to traditional vegetable oils. Hydrolyzed Jojoba Esters (HJE's) are created via a saponification reaction which liberates more than 12 natural long chain fatty alcohols making them available for anti-viral purposes. Natural HJE's have been shown to be 50 times stronger in in-vitro testing than synthetic docosanol (C22:0) in combating the Herpes Simplex Virus (HSV-1). Jojoba oil has also been discussed as a possible biodiesel fuel. Jojoba cannot be cultivated on a scale to compete with traditional fossil fuels, and its use is relegated to personal care products.

Plantations of jojoba have been established in a number of desert and semi-desert areas, predominantly in Argentina, Australia, Israel, Mexico, Peru and the United States. It is currently the Sonoran Desert's second most economically valuable native plant (overshadowed only by Washingtonia filifera—California fan palms, used as ornamental trees).

Jojoba prefers light, coarsely textured soils. Good drainage and water penetration is necessary. It tolerates salinity and nutrient-poor soils. Soil pH should be between 5 and 8. High temperatures are tolerated by jojoba, but frost can damage or kill plants. Requirements are minimal, so jojoba plants do not need intensive cultivation. Weed problems only occur during the first two years after planting and there is little damage by insects. Supplemental irrigation could maximize production where rainfall is less than 400 mm. There is no need for high fertilisation, but, especially in the first year, nitrogen increases growth. Jojoba is normally harvested by hand because seeds do not all mature in the same time. Yield is around 3.5 t/ha depending on the age of the plantation.

Selective breeding is developing plants that produce more beans with higher wax content, as well as other characteristics that will facilitate harvesting.

Its ability to withstand high salinity (up to 12 dS m−1 at pH 9) and the high value of jojoba products make jojoba an interesting plant for the use of desertification control. It has been used to combat and prevent desertification in the Thar Desert in India.

All content from Kiddle encyclopedia articles (including the article images and facts) can be freely used under Attribution-ShareAlike license, unless stated otherwise. Cite this article:
Jojoba Facts for Kids. Kiddle Encyclopedia.