The San Carlos Apache Indian Reservation, in southeastern Arizona, United States, was established in 1872 as a reservation for the Chiricahua Apache tribe as well as surrounding Yavapai and Apache bands forcibly removed from their original homelands under a strategy devised by Gen. Crook of using an Apache to catch an Apache. Also known as "Hell's Forty Acres" under United States occupation because of deplorable health and environmental conditions, today's San Carlos Apaches successfully operate a Chamber of Commerce, the Apache Gold Casino, a Language Preservation program, a Culture Center, and a Tribal College.

The U.S. Army showed both animosity toward the Indians and disdain for the civilian Indian Agents. Soldiers and their commanding officers sometimes killed the Indians for sport while politicians in Washington, D.C., knew little about differences in tribal cultures, customs, and language. Politicians also ignored political differences and military alliances and tried to apply a “one-size-fits-all" strategy to deal with the “Indian problem”. As a result, tribal friends and foes were forced to live in close proximity to one another. Meanwhile, the Apaches were supposed to be fed and housed by their caretakers, but they rarely saw the federal money and suffered as a result. 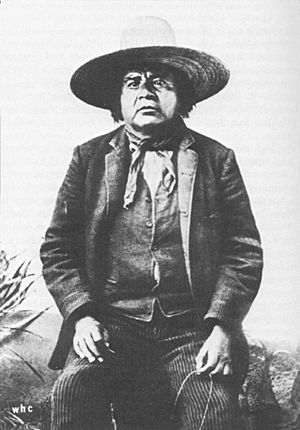 Clum arrived at the reservation on August 4, 1874. During his tenure at San Carlos, he struck a lifelong friendship with Eskiminzin, an Aravaipa Apache chief, and persuaded many of the White Mountain people to move south to San Carlos. Clum won the Indians' confidence and the Apaches responded by turning in their weapons. The Apaches formed a tribal court to try minor infractions and joined the Tribal Police organized under Clum's command, which helped to form a system of limited Indian self-rule. The agent soon attracted 4,200 Apache and Yavapai Indians to the semi-arid reservation. The Army bristled at Clum's actions because they prevented them from taking part of the funds that passed through the reservation.

On April 21, 1877, Clum, along with 100 of his best Apache Police, captured Geronimo at the Ojo Caliente Reservation in the New Mexico Territory. The U.S. Army, which had mounted intense efforts to track down and capture Geronimo, was seriously embarrassed by Clum's success. Indian Bureau administrators and U.S. Army commanders disliked Clum's methods and continually frustrated his efforts. Clum finally resigned, and the reservation's new administrators released Geronimo, resulting in more than 15 years of conflict across the American southwest. 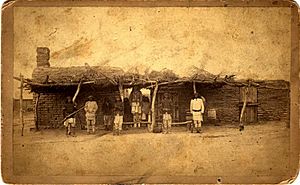 In March 1875, the government closed the Yavapai-Apache Camp Verde Reservation and marched the residents 180 miles (290 km) to the San Carlos Apache Indian Reservation. More than 100 Yavapai died during the winter trek. 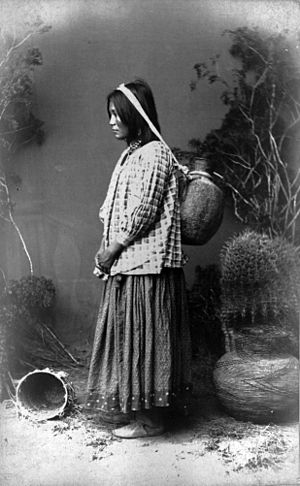 Today the Community Cibecue is part of the Fort Apache Reservation of the White Mountain Apache, historically with the communities Cedar Creek and Carrizo of the Cibecue Apache territory, various bands of Southern Tonto Apache, Tsiltaden (“mountain side people”, a clan or band of the Chiricahua Apache a part of the Pinaleño), some Eastern White Mountain Apache (Dził Ghą́ʼ oder Dzil Ghaa a or ‘On Top of Mountains People’), and the Lipan, Dzil Dlaazhe (Mount Turnbull Apache, a mixed Kwevekapaya San Carlos Apache band). By the early 1900s, Yavapais were drifting away from the San Carlos Reservation and were requesting permission to live at the original Camp Verde Reservation.

After the Indian Reorganization Act of 1934, the various Apache groups formed a government and became federally recognized as the San Carlos Nation. Grenville Goodwin, an anthropologist who had lived with the Western Apache since the late 1920s, helped them to decide what government they wanted to form under the new law to gain more sovereignty.

As of August 2014, the San Carlos Apache tribe has an enrollment of 15,393 tribal members.

The San Carlos Reservation is one of the poorest Native American communities in the United States, with an annual median household income of approximately $27,542, according to the US Census. About 49.2 percent of the people live under the poverty line, and 36.7 percent of the active labor force is unemployed. 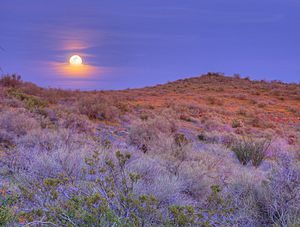 The San Carlos Apache Indian Reservation encompasses 1.8 million acres of land area in northern Graham, southeastern Gila, and eastern Pinal Counties. The reservation's communities include Bylas, Gilson Wash, Peridot, and 7mile. The San Carlos Lake was formed by the construction of Coolidge Dam and is the second largest body of water in Arizona. The reservation is the tenth-largest Indian reservation in land area with desert, alpine meadows, and Ponderosa Pine forest. The Fort Apache Indian Reservation, which has a smaller land area, is directly north.

All content from Kiddle encyclopedia articles (including the article images and facts) can be freely used under Attribution-ShareAlike license, unless stated otherwise. Cite this article:
San Carlos Apache Indian Reservation Facts for Kids. Kiddle Encyclopedia.