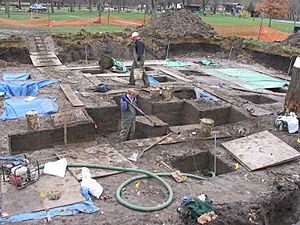 Anthropology is the study of human beings. (In Greek "Anthropos-" means "human", and "-logy" means "study of".)

Anthropology is a biological and historical social science that helps us learn how groups of people are the same, and how they are different in all parts of the world. Anthropologists do research in many places and study how people live now and how they may have lived in the past (using the study of Archaeology). They research in modern cities, small villages, tribes, and in the countryside. They study how groups of people consider time, space, life, etc.

The four big kinds of anthropology are:

Most people who study anthropology have some schoolwork in all four big kinds of anthropology but later study one or two areas primarily. 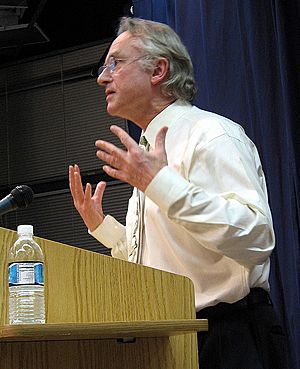 All content from Kiddle encyclopedia articles (including the article images and facts) can be freely used under Attribution-ShareAlike license, unless stated otherwise. Cite this article:
Anthropology Facts for Kids. Kiddle Encyclopedia.