Set 22 years after the events of Jurassic Park, Jurassic World takes place on the same fictional Central American island of Isla Nublar, which is located off the Pacific coast of Costa Rica, where a theme park of cloned dinosaurs has operated for nearly a decade. The park plunges into chaos when a genetically-engineered dinosaur escapes from its enclosure and goes on a rampage.

Filming lasted from April to August 2014 in Louisiana and at the original Jurassic Park locations in Hawaii. The dinosaurs were created by Industrial Light & Magic using CGI and by Legacy Effects using life-sized animatronics.

22 years after Jurassic Park, now on Costa Rica's "Isla Nublar", is the park Jurassic World as it was imagined at the start. It stands and takes in visitors everyday. But as the ratings of tourists drop, the staff prepare to unleash a new dinosaur named 'Indominus Rex', a hybrid that was made by the park. It gets loose from its private attraction unleashing havoc on the park. 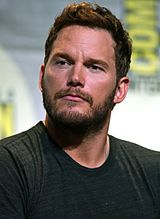 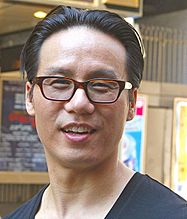 All content from Kiddle encyclopedia articles (including the article images and facts) can be freely used under Attribution-ShareAlike license, unless stated otherwise. Cite this article:
Jurassic World Facts for Kids. Kiddle Encyclopedia.