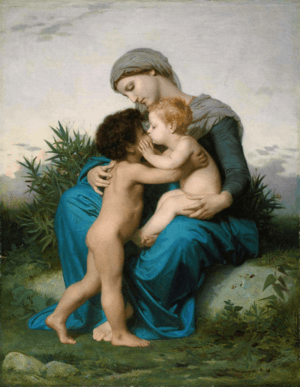 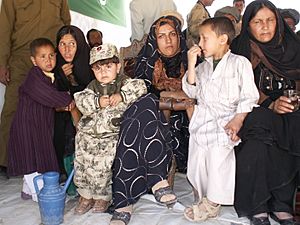 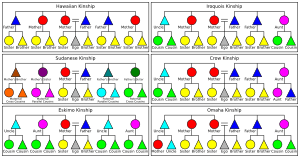 Kinship is the most basic principle of putting individuals into social groups, roles, and categories. The basic sort of kinship is to belong to the same family by birth.

Kinship tells us how we are related to our family or each other, through our biology and history. Kinship can be a complex system of social groups. It is a universal system as everyone has a family. Some small and large scale societies use kinship not only for human reproduction but for “economic transactions, the political system and [their] religious beliefs” (J.Hendry, 1999).

The anthropologist Lewis H. Morgan invented kinship studies. In the 1850s and 1860s he watched the Iroquois, a Native American group in the Northeastern United States. He was mostly interested in what was keeping societies together. He was the first to state the different types of kinship systems that exist, in his book, called ‘Systems of Consanguinity and Affinity of the Human Family’.

There are two main types of kinship.

Affinity means to be related by social processes, like marriage or adoption. There are also legal and religious definitions for acceptable amounts of affinity.

All content from Kiddle encyclopedia articles (including the article images and facts) can be freely used under Attribution-ShareAlike license, unless stated otherwise. Cite this article:
Kinship Facts for Kids. Kiddle Encyclopedia.