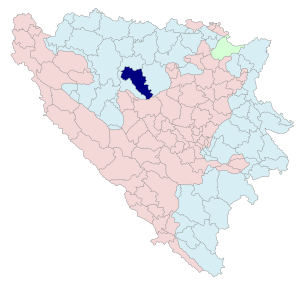 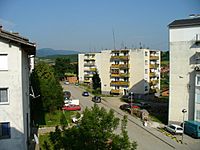 Kotor Varoš or Kotor-Varoš (Котор Варош) is a town and municipality in Republika Srpska, Bosnia and Herzegovina.

The first settlement of the medieval town Kotor, existed certainly before the 9th century, because, according to credible sources, it was previously "destroyed several times." It was named as Vasekatro „near Banja Luka“.

All content from Kiddle encyclopedia articles (including the article images and facts) can be freely used under Attribution-ShareAlike license, unless stated otherwise. Cite this article:
Kotor Varoš Facts for Kids. Kiddle Encyclopedia.