La Massana (originally La Maçana) is one of the seven parishes of Andorra. It is in the northwest of the country. La Massana is also the name of the main town of the parish.

The name Massana derives from the Latin name mattianam for a variety of apple.

In the La Massana parish are the highest mountains of Andorra, including:

The main river in the parish is the Valira del Nord (or Valira d'Ordino) river, one of the two branches that form the Valira river. There are several small lakes in the parish; the main lakes are Estanys Forcats, Estany de Les Truites and Estany Negre.

Evolution of the population in La Massana 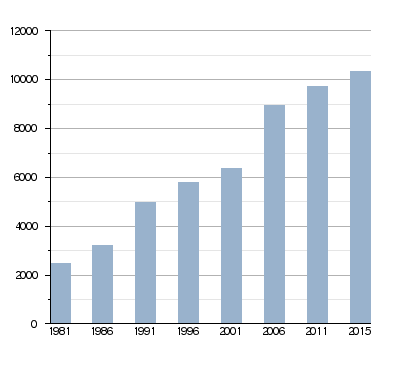 There are other villages and hamlets besides the main town of La Massana in the parish:

A field of tobacco plants in Sispony.

Farming is also an important economic activity in the parish; here tobacco, vegetables (mainly potatoes), and cereals are grown.

All content from Kiddle encyclopedia articles (including the article images and facts) can be freely used under Attribution-ShareAlike license, unless stated otherwise. Cite this article:
La Massana Facts for Kids. Kiddle Encyclopedia.