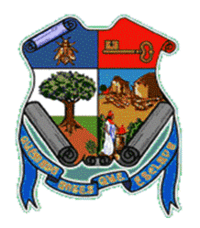 Las Tunas is one of the provinces of Cuba. Major towns include Puerto Padre and Amancio, as well as the capital, Victoria de Las Tunas (sometimes known as Las Tunas, or even just Tuna).

The Las Tunas province was established in 1978, when it was split from the Oriente region.

The southern coast, which opens onto the Golfo de Guacanayabo, is marshy and characterised by mangroves. This wet area is used to grow sugarcane in, as the wet climate is well suited for the crop.

Cattle are also grazed in the province, which was, until the 1975, part of the Oriente province that was divided into five smaller provinces by the Cuban government. Victoria de Las Tunas was just a small market town until that year, and a large development program was started to modernise the town and connect it by road to Havana.

All content from Kiddle encyclopedia articles (including the article images and facts) can be freely used under Attribution-ShareAlike license, unless stated otherwise. Cite this article:
Las Tunas Province Facts for Kids. Kiddle Encyclopedia.