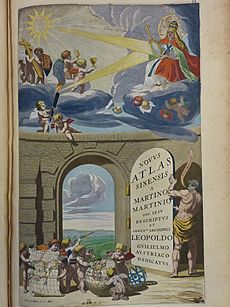 The Lilly Library was founded in 1960 with the collection of Josiah K. Lilly, Jr., owner of Lilly Pharmaceuticals in Indianapolis. J.K. Lilly was a collector most of his life. From the mid-1920s until his death, he devoted a great deal of his leisure time to building his collections of books and manuscripts, works of art, coins, stamps, military miniatures, firearms and edged weapons, and nautical models. J. K. Lilly's collections of books and manuscripts, totaling more than 20,000 books and 17,000 manuscripts, together with more than fifty oil paintings and 300 prints, were given by the collector to Indiana University between 1954 and 1957. These materials form the foundation of the rare book and manuscript collections of the Lilly Library.

The extent to which J. K. Lilly realized his collecting goals was summed up by Frederick B. Adams, Jr., at the dedication of the Lilly Library on October 3, 1960: "Mr. Lilly's books cover so many fields that it is difficult to believe that any one man's enthusiasm could encompass them all. It is equally astounding that he was able to acquire so many books of such scarcity and quality in the short space of 30 years. Money alone isn't the answer; diligence, courage, and imagination were also essential. The famous books in English and American literature, the books most influential in American life, the great works in the history of science and ideas--all these are among the 20,000 Lilly books in this building." 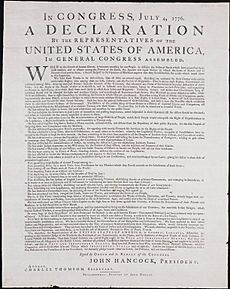 The library's holdings are particularly strong in British and American history and literature, Latin Americana, medicine and science, food and drink, children's literature, fine printing and binding, popular music, medieval and Renaissance manuscripts, and early printing. There are many notable items in the library's collections.

The Adomeit collection ranges the entire history of human record keeping in miniature form, from cuneiform tablets of circa 2000 B.C. to contemporary small press and artists' books.

Michael Uslan, producer of the Batman movies, donated over 30,000 comics to the Lilly Library. Parts of the collection were displayed at the Lilly Library in an exhibition called "Comics as Cultural Mythology: The Michael E. Uslan Collection of Comic Books and Graphic Novels" from September 12, 2005 to December 17, 2005.

The Uslan Collection also contains a vast array of action figures as well as other pop culture memorabilia, which can be accessed through the Lilly Library Request System.

The collection is currently housed at the Auxiliary Library Facility (ALF) and can be accessed for use through IUCAT, the Indiana University Library catalog.

The collection is on permanent display in the Slocum Puzzle Room and includes puzzles that can be handled by visitors. The Lilly Library is currently developing an online database of the collection.

The Lilly contains an extensive collection of material that centers on the French Revolution of 1789. The collection contains approximately seven thousand pieces and includes all types of printed materials, such as journals, polemical pamphlets, and many other documents. The collection consists of 3,362 legal publications. The majority of the other documents are royal and administrative acts published in pamphlet form between 1789 and 1799. There are royal edicts, arrets, addresses, declarations, reglements, lettres patentes, rapports, ordonnances, memoires, lois, and various other titled or untitled official documents.

The Mendel collection is divided into two categories: one relates to the period of geographical discovery and exploration and the other consists of additions made by the Lilly Library after the original acquisition. The geographical and discovery collection ranges from the 15th through the 19th century. It includes the great cosmographic and geographic works of Ptolemy as well as narratives of the discovery and conquest of the New World. The emphasis of the subsequent acquisitions is on Latin Americana from the 17th through the 19th century, with particular attention to Mexican history.

The Mendel Room in the Lilly was dedicated in 1964.

The Lilly Library has the personal papers of James Whitcomb Riley in a variety of manuscript collections. There are also miscellaneous uncataloged materials that includes clippings, scrapbooks, photographs, memorabilia, and other ephemera. The majority of his writings and personal correspondence are found in the Riley mss. Hundreds of Riley’s books are listed in Indiana University’s online catalog. On the 150th anniversary of his birth, the library produced an online exhibition that explores James Whitcomb Riley’s impact on American society and the 19th century literary world.

The Lilly Library has other Indiana authors in their collection as well.

The Lilly Library houses 2,000 motion picture scripts, including the second draft script for the film Chariots of Fire. In order to supplement the script material the library added to the collection material from Orson Welles, John Ford, Clifford Odets, and most recently Peter Bogdanovich. The library is home to 800 BBC radio scripts and the papers of Lance Sieveking and D. G. Bridson. The television scripts consist mostly of material from John McGreevey as well as scripts from such television shows as Star Trek and Mission: Impossible.

The library has the original pen and ink drawings from Dale Messick's comic Brenda Starr. The collection is organized and searchable by date.

The material is made up of papers relating to meetings, correspondence, drafts, conferences, periodicals and books from the Mystery Writers of America association.

The library has 94 poems as well as 3,324 examples of correspondence, writing, and memorabilia from Sylvia Plath. The poems are arranged in chronological order and the miscellaneous items are organized by type. 150 books from Plath's only library are housed at the Lilly Library as well.

The Perkins System Libraries, of Duke University Libraries, contains the Lilly Library. This was formerly the Trinity Library, and then the East campus Library. In 1990 Ruth Lilly, daughter of Josiah K. Lilly, Jr., made a substantial donation to Duke University and the library was renamed.

All content from Kiddle encyclopedia articles (including the article images and facts) can be freely used under Attribution-ShareAlike license, unless stated otherwise. Cite this article:
Lilly Library Facts for Kids. Kiddle Encyclopedia.