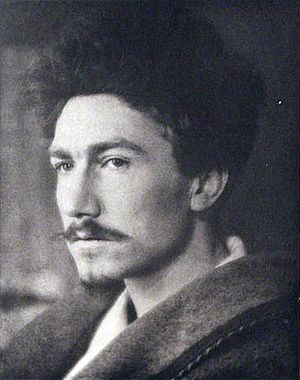 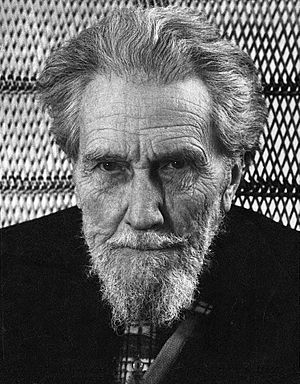 Ezra Weston Loomis Pound (30 October 1885 – 1 November 1972) was an American poet and critic. He was a major figure of the early modernist movement. His best-known works include Ripostes (1912), Hugh Selwyn Mauberley (1920) and the unfinished The Cantos (1917–69). He was also one of the important members of the Early Modernist Movement and was known for his support for fascism.

Pound was born in Hailey, Idaho Territory. In the early 20th century he worked in London as foreign editor of several American magazines. He died in Italy from an intestinal blockage, aged 87.

All content from Kiddle encyclopedia articles (including the article images and facts) can be freely used under Attribution-ShareAlike license, unless stated otherwise. Cite this article:
Ezra Pound Facts for Kids. Kiddle Encyclopedia.