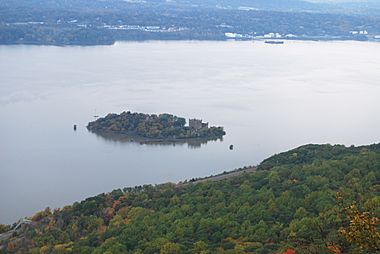 The Bannerman Castle on Pollepel Island viewed from atop Breakneck Ridge

The Hudson River in New York and New Jersey is full of islands, though some have been filled in to connect to the shore. Some of the islands have the Hudson on one side and have another river or creek on the other side. Many of the defunct islands are still labeled on NYSDOT and USGS quadrangle maps.

Past and present islands in the Hudson River

A view of Iona Island 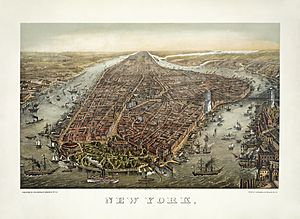 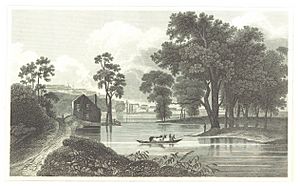 The former Van Rensselaer Island with Albany in the distance, c. 1825

This list is of past and present islands in the Hudson River and their locations;

All content from Kiddle encyclopedia articles (including the article images and facts) can be freely used under Attribution-ShareAlike license, unless stated otherwise. Cite this article:
List of Hudson River islands Facts for Kids. Kiddle Encyclopedia.