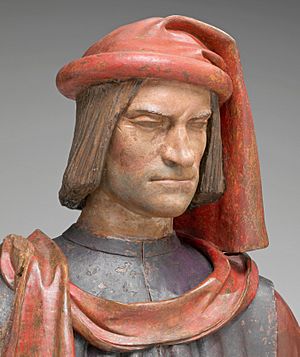 Lorenzo de' Medici (1 January 1449 – 9 April 1492) was an Italian statesman and de facto ruler of the Florentine Republic during the Italian Renaissance. He was called Lorenzo the Magnificent (Lorenzo il Magnifico) by Florentines. He was a diplomat, politician and patron of scholars, artists, and poets. He is probably best known for what he gave to the world of art. He gave large amounts of money to artists so that they could make very good artwork. When he died, the Golden Age of Florence ended. The peace he helped keep between the many Italian states collapsed when he died. Lorenzo de' Medici is buried in the Medici Chapel in Florence.

Lorenzo was an artist. He wrote poetry in Tuscan.

Lorenzo's agents took a lot of classical works from the east. Lorenzo had a large workshop to copy his books and spread their content across Europe. He supported the development of humanism through his friends who studied Greek philosophers, and tried to merge the ideas of Plato with Christianity. In this group were the philosophers Marsilio Ficino, Poliziano and Giovanni Pico della Mirandola. 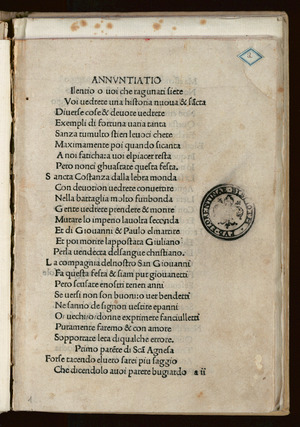 All content from Kiddle encyclopedia articles (including the article images and facts) can be freely used under Attribution-ShareAlike license, unless stated otherwise. Cite this article:
Lorenzo de' Medici Facts for Kids. Kiddle Encyclopedia.