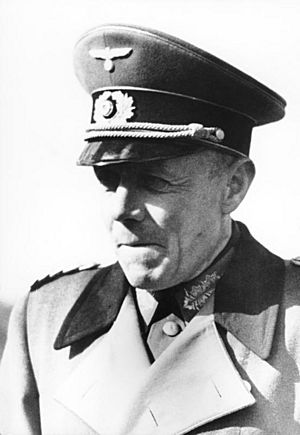 Ludwig Beck (29 June 1880 – 20 July 1944) was a German general officer. He worked for Adolf Hitler's resistance and was its leader. When the attempt to kill Hitler in his conference room failed, Hitler escaped and Beck was shot and arrested.

All content from Kiddle encyclopedia articles (including the article images and facts) can be freely used under Attribution-ShareAlike license, unless stated otherwise. Cite this article:
Ludwig Beck Facts for Kids. Kiddle Encyclopedia.