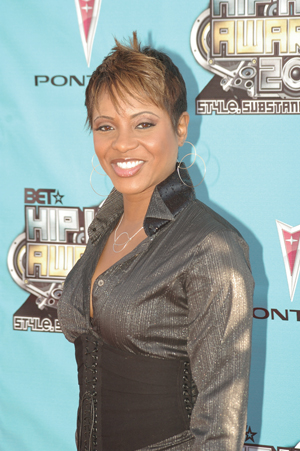 MC Lyte (born Lana Michelle Moorer; October 11 1970) is an American rap musician. She first became famous in the late 1980s by being the first solo female rap recording artist to release a whole record, starting with 1988's critically acclaimed Lyte as a Rock. She has carried many hit singles over the years. She was born near Brooklyn, New York.

All content from Kiddle encyclopedia articles (including the article images and facts) can be freely used under Attribution-ShareAlike license, unless stated otherwise. Cite this article:
MC Lyte Facts for Kids. Kiddle Encyclopedia.