Madison County is a county located in the north central portion of the state of Florida, and borders the state of Georgia to the north. As of the 2010 census, the population was 19,224. Its county seat is also called Madison. As of August 28, 2012, Madison became a wet county, meaning that voters had approved the legal sale, possession, or distribution of alcoholic beverages.

Madison County was created in 1827. It was named for James Madison, fourth President of the United States of America, who served from 1809 to 1817.

The small town of Greenville in Madison County was the childhood home of rhythm and blues giant Ray Charles.

Madison County has at least two railroad lines. The primary one is a CSX line formerly owned by the Seaboard Air Line Railroad that served Amtrak's Sunset Limited until it was truncated to New Orleans in 2005 by Hurricane Katrina. Madison (Amtrak station) was Madison County's only active railroad station until that point. The other one is owned by the Georgia and Florida Railway, and runs in close proximity to US 221 throughout Madison County. 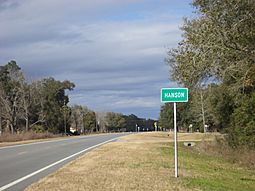 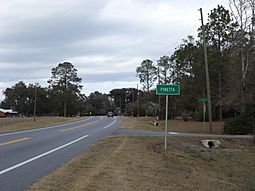 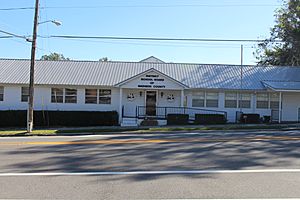 All content from Kiddle encyclopedia articles (including the article images and facts) can be freely used under Attribution-ShareAlike license, unless stated otherwise. Cite this article:
Madison County, Florida Facts for Kids. Kiddle Encyclopedia.