Jefferson County is a county located in the Big Bend region in the northern part of the U.S. state of Florida. As of the 2010 census, the population was 14,761. Its county seat is Monticello.

Jefferson County was created in 1827. It was named for Thomas Jefferson, third President of the United States of America, who had died the year before the county's establishment. 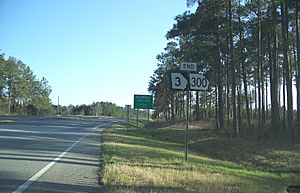 Entering Jefferson County on US 19 from Thomas County, Georgia

The sole existing railroad line is a CSX line once owned by the Seaboard Air Line Railroad that was used by Amtrak's Sunset Limited until 2005, when the service was truncated to New Orleans by Hurricane Katrina. No Amtrak trains stopped anywhere in Jefferson County. 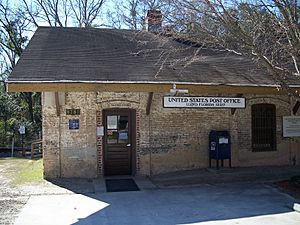 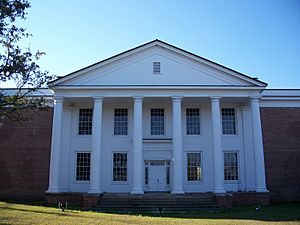 Career Academies have been introduced on the campus of Jefferson County Middle High School offering students options in career areas connected to the local economy.

The Jefferson County Tigers won the state championship in football in 2011.

All content from Kiddle encyclopedia articles (including the article images and facts) can be freely used under Attribution-ShareAlike license, unless stated otherwise. Cite this article:
Jefferson County, Florida Facts for Kids. Kiddle Encyclopedia.