Midlothian is a city in northwest Ellis County, Texas, United States. The city is 25 miles (40 km) southwest of Dallas. It is the hub for the cement industry in North Texas as it is the home to three separate cement production facilities, as well as a steel mill. The population of Midlothian grew by 121% between 2000 and 2010, to a population of 18,037.

In the early 1800s, settlements began to take place in the area that would one day become Ellis County; however, full colonization of this area was slow until 1843, when Sam Houston finalized peace treaties between several of the indigenous inhabitants of the region and the Republic of Texas. The earliest inhabitants of this area were the Tonkawa people, but other tribes also hunted in this area including the Anadarko people, Bidai, Kickapoo, and the Waco. 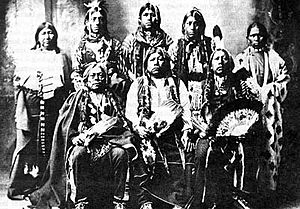 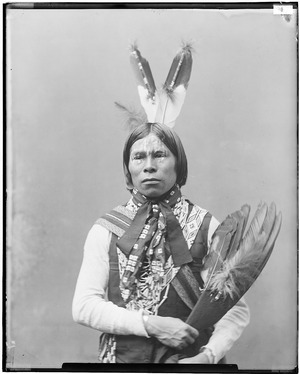 The future Ellis County area of the young Republic of Texas was known as the Peters Colony, named for a Louisville, Kentucky-based land grant company consisting of English and American investors. The young Republic empresario grant program encouraged settlements in North Texas in 1841. The few settlers who lived in this region trapped animals and sold their pelts, and would also trade goods with the natives. The majority of Ellis County's original settlers came from the southern half of the United States. They arrived with their cultural and educational traditions, their methods of farming and care for farm animals and for a few, their slaves.

Among the earliest settlers, the area that would later become Midlothian included the families of William Alden Hawkins and Larkin Newton, who moved to the area in 1848. For Hawkins to claim his 640 acres (260 ha) of land from the Peters Colony group, he was required to build a house on the property he chose along the mouth of Waxahachie Creek before July 1, 1848. The structure was built before the required deadline, and the land near the present day Hawkins Spring went to the Hawkins family. For Larkin Newton, who moved his wife Mary and their eight children from Missouri, the same requirement was given. Larkin met the due date and became owner of his 640-acre claim.

Ellis County was officially established by the Texas legislature on December 20, 1849, on a bill sponsored by General Edward H. Tarrant, a popular Texas Ranger and Indian gunfighter during this period. Organized in February 1850, the county was carved out of Navarro County and likely named for Richard Ellis, the president of the Republic of Texas.

In 1883 the name "Midlothian" was accepted by the local population. According to local legend, the area was named Midlothian when the Chicago, Texas, and Mexican Central railroads, which would eventually connect Dallas and Cleburne, arrived in the area and a homesick Scottish train engineer stated that the local countryside reminded him of his homeland in Scotland, and the location served as the midpoint between Dallas and Cleburne, and between Ennis and Fort Worth. With the coming of the railroad, Midlothian grew and was incorporated in April 1888. Midlothian was one of Scotland's historic counties and is currently a subdivisional council area.

There were 4,963 households out of which 46.0% had children under the age of 18 living with them, 63.1% were married couples living together, 12.7% had a female householder with no husband present, and 19.1% were non-families. 15.5% of all households were made up of individuals and 4.7% had someone living alone who was 65 years of age or older. The average household size was 2.94 and the average family size was 3.26.

Midlothian is strategically located at the juncture of U.S. Highway 67 and U.S. Highway 287. The city's location provides easy access to an important ground transportation network consisting of interstate highways, U.S. highways and state highways that connect Dallas, Fort Worth, the Metroplex and the state.

The climate in this area is characterized by hot, humid summers and generally mild to cool winters. According to the Köppen Climate Classification system, Midlothian has a humid subtropical climate, abbreviated "Cfa" on climate maps.

All content from Kiddle encyclopedia articles (including the article images and facts) can be freely used under Attribution-ShareAlike license, unless stated otherwise. Cite this article:
Midlothian, Texas Facts for Kids. Kiddle Encyclopedia.