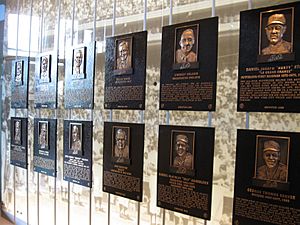 The New York Mets Hall of Fame was created in order to recognize the careers of former New York Mets players, managers, broadcasters and executives. There are presently 27 members. Originally located in the Diamond Club at Shea Stadium, the inductees are now honored with plaques in the Mets Hall of Fame and Museum at Citi Field, which opened in April 2010. (In Citi Field's first season, 2009, the space was part of the Mets Team Store.) 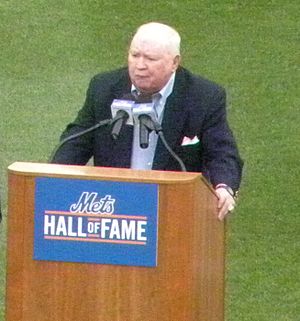 All content from Kiddle encyclopedia articles (including the article images and facts) can be freely used under Attribution-ShareAlike license, unless stated otherwise. Cite this article:
New York Mets Hall of Fame Facts for Kids. Kiddle Encyclopedia.