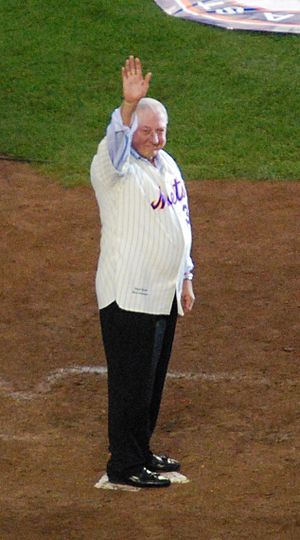 Jerry Koosman (born December 23, 1942) is a former baseball player with the New York Mets, Minnesota Twins, Chicago White Sox and Philadelphia Phillies. He was a pitcher. He won more than 200 games in his career. In 1969, he was on the Mets team that won the baseball championship the World Series. Koosman won two games for the Mets in the 1969 World Series.

All content from Kiddle encyclopedia articles (including the article images and facts) can be freely used under Attribution-ShareAlike license, unless stated otherwise. Cite this article:
Jerry Koosman Facts for Kids. Kiddle Encyclopedia.