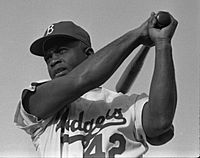 Jackie Robinson, the first winner in 1947. The award was later named after Robinson

In Major League Baseball, the Rookie of the Year Award is given each year to one player from each league as voted on by the Baseball Writers Association of America (BBWAA). The award was start in 1940 by the Chicago chapter of the BBWAA. They selected a winner every year from 1940 through 1946. The award became national in 1947; Jackie Robinson, the Brooklyn Dodgers' first baseman, won the first award. One award was presented for both leagues in 1947 and 1948; since 1949, the honor has been given to one player each in the National and American League. At first, the award was known as the J. Louis Comiskey Memorial Award, named after the Chicago White Sox owner of the 1930s. The award was renamed the Jackie Robinson Award in July 1987, 40 years after Jackie Robinson broke the baseball color line.

Of the 128 players named Rookie of the Year, 14 have been selected for the National Baseball Hall of Fame—Jackie Robinson, five American League players, and eight others from the National League. The award has been shared twice: once by Butch Metzger and Pat Zachry of the National League in 1976; and once by John Castino and Alfredo Griffin of the American League in 1979. Members of the Brooklyn and Los Angeles Dodgers have won the most awards of any team (with 16). This is twice the total of the New York Yankees (eight), who have won the most in the American League. Fred Lynn and Ichiro Suzuki are the only two players who have been named Rookie of the Year and Most Valuable Player in the same year. Fernando Valenzuela is the only player to have won Rookie of the Year and the Cy Young Award in the same year. Sam Jethroe is the oldest player to have won the award, at age 32, 33 days older than 2000 winner Kazuhiro Sasaki (also 32). Buster Posey of the San Francisco Giants and Neftali Feliz of the Texas Rangers are the 2010 winners. 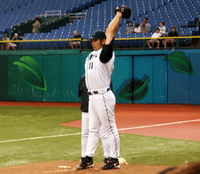 Hideo Nomo won in 1995, the first of several players to win with past baseball experience in Nippon Professional Baseball.

From 1947 through 1956, each BBWAA voter had their own rules for decide who was a rookie. In 1957, the BBWAA first defined the term as someone with fewer than 75 at bats or 45 innings pitched in any Major League season before the current season. This guideline was later changed to 90 at bats, 45 innings pitched, or 45 days on a Major League roster before September 1 of the last year. The current rule is 130 at bats, 50 innings pitched or 45 days on the active roster of a Major League club (except for time in military service or on the disabled list) before September 1 was first used in 1971. Since 1980, each voter names three rookies: a first-place choice is given five points, a second-place choice three points, and a third-place choice one point. The award goes to the player who receives the most total points. Edinson Volquez received three second-place votes in 2008 even though he was not a rookie under the award's definition.

Some baseball writers have criticized the voting in recent years because several players who played in Nippon Professional Baseball (NPB) have won the award. These winners include Hideo Nomo in 1995, Kazuhiro Sasaki in 2000, and Ichiro Suzuki in 2001. The current definition of rookie for the award is based only on Major League playing. Some writers feel that past NPB players are not true rookies because of their past professional playing. This issue came up in 2003 when Hideki Matsui lost the AL award to Ángel Berroa in a close vote. Jim Souhan of the Minneapolis Star Tribune said he did not think Matsui was a rookie in 2003 because "it would be an insult to the Japanese league to pretend that experience didn't count." The Japan Times had a story in 2007 on calling Daisuke Matsuzaka, Kei Igawa, and Hideki Okajima as rookies, saying "[t]hese guys aren't rookies." Past winners such as Jackie Robinson, Don Newcombe, and Sam Jethroe had professional experience in the Negro Leagues. 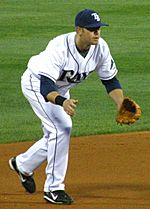 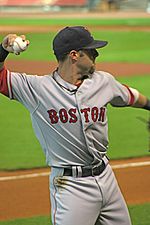 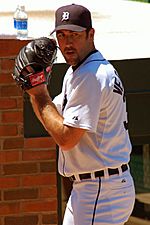 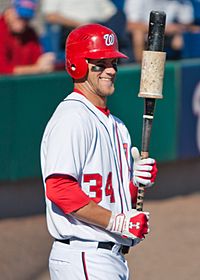 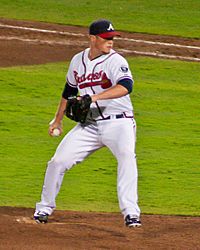 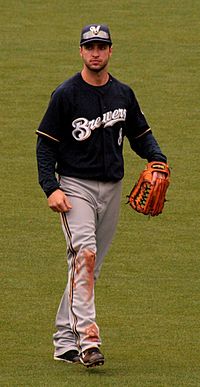 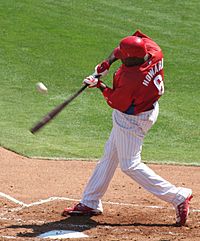 All content from Kiddle encyclopedia articles (including the article images and facts) can be freely used under Attribution-ShareAlike license, unless stated otherwise. Cite this article:
Major League Baseball Rookie of the Year Award Facts for Kids. Kiddle Encyclopedia.