Justin Brooks Verlander (born February 20, 1983) is an American professional baseball pitcher for the Houston Astros of Major League Baseball (MLB). He previously played for the Detroit Tigers for 13 seasons, with whom he made his major league debut on July 4, 2005. A right-handed batter and thrower, Verlander stands 6 feet 5 inches (1.96 m) tall and weighs 225 pounds (102 kg).

From Manakin-Sabot, Virginia, Verlander attended Old Dominion University (ODU) and played college baseball for the Monarchs. He broke the Monarchs' and Colonial Athletic Association's career records for strikeouts. At the 2003 Pan American Games, Verlander helped lead the United States national team to a silver medal. The Tigers selected him in the first round and as the second overall pick of the 2004 first-year player draft. As a former ace in the Tigers' starting rotation, he is regarded as a key figure in four consecutive American League (AL) Central division championships from 2011−2014, and in the Astros' first World Series championship in 2017. 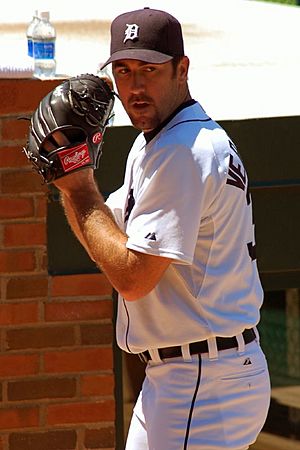 The winner of a number of accolades, Verlander is a seven-time MLB All-Star, has led the AL in strikeouts five times and in wins twice. He was the AL Rookie of the Year in 2006, and on June 12, 2007, pitched the first no-hitter at Comerica Park versus the Milwaukee Brewers. In 2009, he led the AL in wins and strikeouts, both for the first time. Verlander produced his most successful season in 2011, including his second career no-hitter versus the Toronto Blue Jays on May 7, 2011. By season's end, Verlander won the Pitching Triple Crown, the AL Cy Young Award unanimously, the AL Most Valuable Player (MVP) Award, and the Sporting News Player of the Year Award.

On August 31, 2017, the Tigers traded Verlander to the Houston Astros just before the trade deadline, and he immediately became an impact for the team, going undefeated in his first five starts heading into the postseason. He helped lead the Astros to the 2017 World Series, which they won over the Los Angeles Dodgers, giving him his first career ring. For his performance in the 2017 American League Championship Series, he was named MVP, and was co-winner of the Babe Ruth Award (with teammate José Altuve) for most outstanding performance in the 2017 postseason. In the 2018 season, Verlander became the 114th pitcher in major league history to reach 200 career wins, also becoming the 20th fastest to reach the milestone (412 starts). 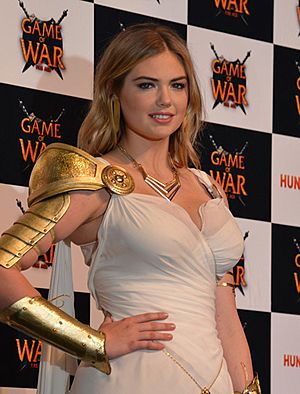 Verlander grew up in Manakin-Sabot, Virginia, he has a younger brother, Ben Verlander. His life experiences and the story of his development are outlined in his parents' 2012 book, Rocks Across the Pond: Lessons Learned, Stories Told. His younger brother, Ben, played for the Tigers organization as an outfielder. Ben was released on June 23, 2017.

Verlander started dating model-actress Kate Upton in early 2014, and in 2016 the couple got engaged. On November 4, 2017, two days after he won the World Series with the Astros, the two married in a medieval church in Tuscany, Italy, overlooking the Montalcino valley. On July 14, 2018, they announced that Kate is pregnant with their first child. On November 7, 2018, they welcomed their daughter, Genevieve Upton Verlander.

In 2016, Verlander started the "Wins For Warriors Foundation" for veterans of the United States military. The "Wins For Warriors Foundation" campaign raised $246,311 to help Houston recover from Hurricane Harvey in 2017. To date, Verlander has donated over 1 million dollars to this cause. Verlander has also supported various local Detroit charities for the impoverished as well as helping out with national efforts such as the Red Cross.

All content from Kiddle encyclopedia articles (including the article images and facts) can be freely used under Attribution-ShareAlike license, unless stated otherwise. Cite this article:
Justin Verlander Facts for Kids. Kiddle Encyclopedia.