Normal is a town in McLean County, Illinois, United States. As of the 2010 census, the town's population was 52,497. Normal is the smaller of two principal municipalities of the Bloomington–Normal metropolitan area, and Illinois' seventh most populous community outside of the Chicago metropolitan area. Normal's mayor is Chris Koos. 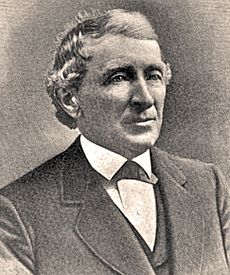 The town was laid out with the name North Bloomington on June 7, 1854 by Joseph Parkinson. From its founding, it was generally recognized that Jesse W. Fell was the force behind the creation of the town. He had arranged for the new railroad, which would soon become the Chicago and Alton Railroad, to pass west of Bloomington then curving to cross the Illinois Central Railroad at a point where he owned or controlled land. Most of the original town lies south of these tracks, with Beaufort Street as its northern limit, and some blocks west of the Illinois Central and north of the tracks. Fell, his brothers, and associates quickly laid out many additions to the original town.

The town was renamed Normal in February 1865 and officially incorporated on February 25, 1867. The name was taken from Illinois State Normal University, a normal school (teacher-training institution) located there. The school has since been renamed Illinois State University after becoming a general four-year university. Normal is adjacent to Bloomington, Illinois, and when mentioned together they are known as the "Twin Cities", "Bloomington-Normal", "BN", or "BloNo".

In 2007, the town council voted to name the downtown area "Uptown Normal", and, as of 2011, Uptown Normal is home to the Children's Discovery Museum, Marriott Hotel and Conference Center, restaurants, and a variety of stores. The district is also home to the historic and non-profit Normal Theater, a restored Art Deco theater owned by the Town of Normal that runs classic and independent films.

There were 15,157 households out of which 27.3% had children under the age of 18 living with them, 42.4% were married couples living together, 9.3% had a female householder with no husband present, and 46.0% were non-families. 26.6% of all households were made up of individuals and 6.2% had someone living alone who was 65 years of age or older. The average household size was 2.43 and the average family size was 2.96.

Normal is served by I-39, I-55, Interstate 74, one railroad line, the Central Illinois Regional Airport (BMI) in neighboring Bloomington, and Connect Transit provides public bus service in the area.

Interstate 55 wraps around the north and northwest edge of the town. Interstate 74 shares the I-55 roadway on the western edge of Normal before splitting off toward the northwest. Normal is the southern terminus of Interstate 39.

The Central Illinois Regional Airport is on Route 9 in Bloomington, approximately five miles east southeast from Uptown Normal. The airport is served by four airlines, five rental car agencies, and has direct daily flights to Atlanta, Chicago, Dallas-Ft. Worth, Detroit, and Minneapolis/St. Paul. A record 559,481 passengers flew to or from CIRA in 2010. 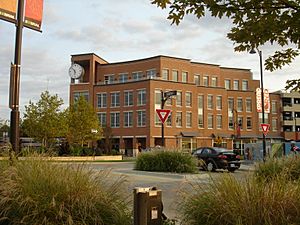 Connect Transit has 11 color-coded fixed routes in the area; a lift-assisted paratransit service called NiteRide, which operates when Illinois State University is in session; and a campus shuttle for ISU called Redbird Express.

The Bloomington-Normal Amtrak station is in Normal at 100 E. Parkinson St. The station serves five trains in each direction between St. Louis and Chicago each day. The station also serves connecting bus service to Peoria and Amtrak stations in Galesburg and Champaign/Urbana. It is Illinois' second busiest Amtrak station after Chicago, servicing nearly a quarter million passengers in fiscal year 2011. Traveling to Bloomington-Normal by Amtrak is a two and a half hour ride from St. Louis and Chicago. 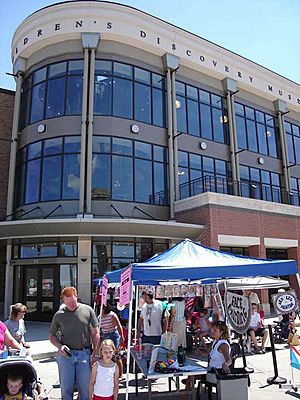 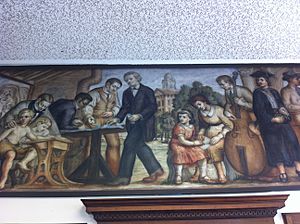 The WPA mural, "Development of the State Normal School" by Albert Pels, is on display in the Normal Post Office 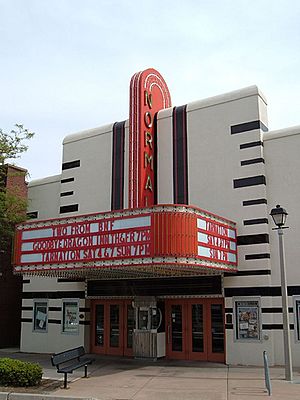 These three locations are listed in the National Register of Historic Places:

In December 2010, a Route 66 Wayside Exhibit was installed at the historic Sprague's Super Service building in Normal. The exhibit tells the story of Route 66's great significance and impact on the community. Visitors are welcome anytime during daylight hours.

The Constitution Trail Center on the corner of N. Main Street and Raab Road contains a variety of stores, restaurants and entertainment venues including Schnucks, Starplex Cinemas, Famous Labels and Dollar Tree.

"I got high with a Sufjan Stevens fan in Normal, Illinois
And this song goes out to all you beautiful
American girls and boys"

All content from Kiddle encyclopedia articles (including the article images and facts) can be freely used under Attribution-ShareAlike license, unless stated otherwise. Cite this article:
Normal, Illinois Facts for Kids. Kiddle Encyclopedia.