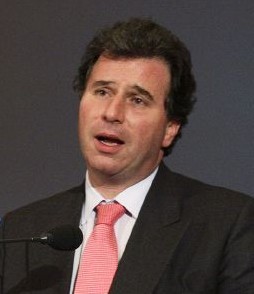 Oliver LetwinMP FRSA (born 19 May 1956) is an English politician. He is currently the Minister of State at the Cabinet Office as well as the Chairman of Policy Review, and Chairman of the Conservative Research Department. He is the Member of Parliament for the West Dorset constituency in the United Kingdom. He was first elected in the 1997 general election.

He married Isabel Grace Davidson on 14 September 1984 in Cambridge. They have a twin son and daughter born in July 1993.

All content from Kiddle encyclopedia articles (including the article images and facts) can be freely used under Attribution-ShareAlike license, unless stated otherwise. Cite this article:
Oliver Letwin Facts for Kids. Kiddle Encyclopedia.