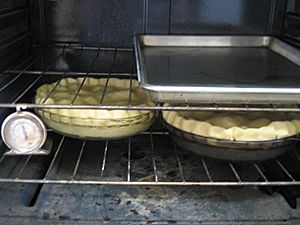 Pies in an oven.

Ovens are closed, heated containers which are used for heating, baking, and drying. It is used the most often in cooking and pottery. They provide even, dry heat to all surfaces of food inside them. An indoor oven can have an electric heating element, or be fired by natural gas or coal. Outdoor ovens are often made of brick or clay and are buried in hot coals. An oven which is used for making pottery is called a kiln. An oven used for heating or industrial processes is called a furnace. They are hot inside, and often things come out of them hot. 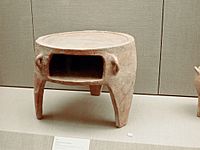 The people in the settlements of the Indus Valley Civilization were the first to have an oven inside of their mud-brick houses by 3200 B.C. People who study the history of food give credit to the Greeks for making the baking of bread into an art. A type of oven called Front-loaded bread ovens were created in ancient Greece. 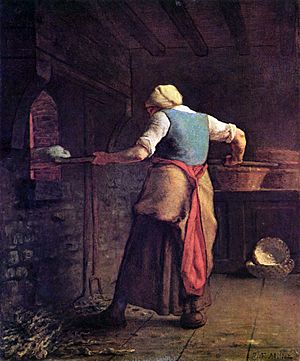 Oven depicted in a painting by Jean-François Millet 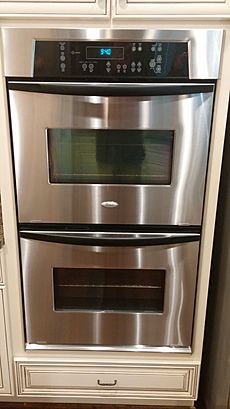 All content from Kiddle encyclopedia articles (including the article images and facts) can be freely used under Attribution-ShareAlike license, unless stated otherwise. Cite this article:
Oven Facts for Kids. Kiddle Encyclopedia.