Political parties in the United States facts for kids

The three largest parties aside from the two main political parties are the Libertarian Party, Green Party of the United States, and the Constitution Party in respective order.

The United States has only two major political parties: the Democrats and the Republicans. There are also smaller parties that aren’t as well known. These parties have a duopoly, meaning that they share almost all the political power in the country. Most constitutional republic countries have more than two parties. 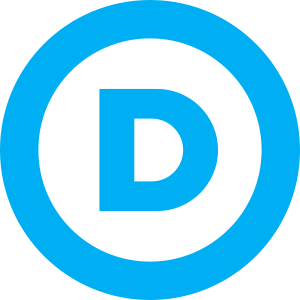 The Democratic Party was started in 1828 as a pro-slavery party and its President was Andrew Jackson in 1829. However, through the economic resurgence after the Great Depression in the 1930s and 1940s, as well as the Civil Rights Movement in the 1960s, the Democratic party became a proponent of racial equality. Many 20th century United States Presidents such as Woodrow Wilson, Franklin D. Roosevelt, Harry S. Truman, John F. Kennedy, Lyndon Johnson, Jimmy Carter, Bill Clinton and the most recent past President Barack Obama are Democrats. They have 45 out of 100 seats in the U.S. Senate (independents caucusing with the democratic party hold two seats in the U.S. senate) and 233 out of 435 seats in the House of Representatives. 24 out of 50 state governors are also Democrats. The party generally promotes liberalism and is often classed as a left-wing party. Currently, the party has 60 million registered voters across America.

The party's philosophy of modern liberalism advocates social and economic equality. It seeks to provide government intervention and regulation in the economy. These interventions, such as the introduction of social programs, anti-gun laws, support for labor unions, affordable college tuitions, moves toward universal health care and equal opportunity, consumer protection and environmental protection form the core of the party's economic policy. 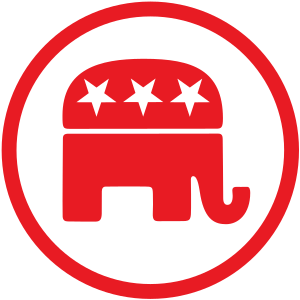 The Republican Party was started in 1854 as an anti-slavery party and its first President was Abraham Lincoln in 1861. Others include Ulysses S. Grant, Benjamin Harrison, Theodore Roosevelt, Dwight D. Eisenhower, Richard Nixon, Ronald Reagan, George H.W. Bush, George W. Bush and Donald Trump. In the Nixon years, there was a shift to appeal to the implicit racial biases of white voters that did not like the civil rights movement of the 1960's in what is called The Southern Strategy. This strategy created the appearance of equity while ignoring minorities in the process. Twenty-six out of 50 states have a Republican governor. It has around 55 million registered voters across America. Currently, the Republican Party is identified as conservative.

The party philosophy centers around social and economic independence, and a capitalist economic system. It is also known for its pro-life efforts, pro-gun laws, anti-regulatory policy, and reduction of government intervention in the economy as well as being in support of privatized health care. The party believes in lower taxes, less social programs, and personal liberty.

There are several minor parties in the United States. Duverger's law predicts that this two-party government is normal for single-district, first-past-the-post voting systems. In contrast, proportional representation and voting methods such as ranked choice voting tend to produce multiparty government.

All content from Kiddle encyclopedia articles (including the article images and facts) can be freely used under Attribution-ShareAlike license, unless stated otherwise. Cite this article:
Political parties in the United States Facts for Kids. Kiddle Encyclopedia.