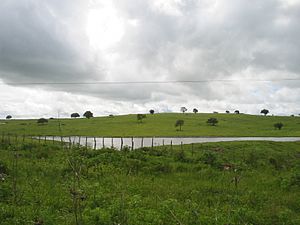 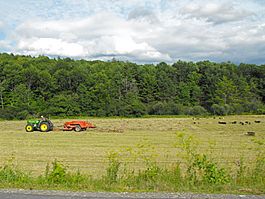 Rural areas are areas which are not towns or cities. They are often farming or agricultural areas. These areas are sometimes called "the country" or "countryside". People who live "in the country" often live in small villages, but they might also live somewhere where there are no other houses nearby.

Rural is the opposite of urban, which means places such as cities where buildings and places where people work and live are all close together.

Many people who live in cities like to go to the country to relax. They go there for recreation, often for their holidays, or to read.

In the U.S. and Angola the term "rural area" technically describes a place that has less than 500 inhabitants per square mile.

All content from Kiddle encyclopedia articles (including the article images and facts) can be freely used under Attribution-ShareAlike license, unless stated otherwise. Cite this article:
Rural area Facts for Kids. Kiddle Encyclopedia.