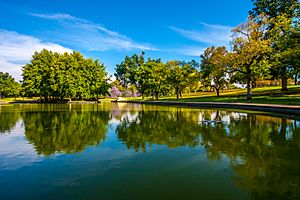 Rymill Park / Murlawirrapurka (previous spelling Mullawirraburka), and numbered as Park 14, is a recreation park located in the East Park Lands of the South Australian capital of Adelaide. There is an artificial lake with rowboats for hire, a café, children's playground and rose garden, and the Adelaide Bowling Club is on the Dequetteville Terrace side. The Adelaide O-Bahn passes underneath it, to emerge at the western side opposite Grenfell Street.

The park has been used for many cultural and sporting events, in particular Adelaide Fringe, Feast and Festival of Arts events, Carnevale in Adelaide, the Adelaide International Horse Trials. The Fringe venue hub set up on the western side of the park is known as Gluttony.

The park is bordered by East Terrace, Dequetteville Terrace, and Rundle and Bartels Roads. It is in close proximity to the Adelaide Botanic Garden, Hutt Street, Rundle park and Victoria Park. 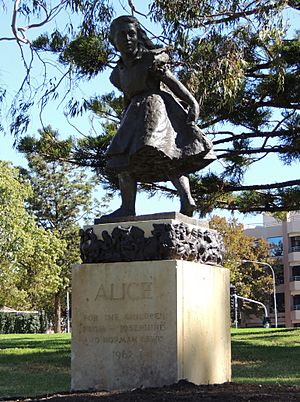 Rowboats are available for hire at the park's kiosk, exclusively for use on the park's lake. After a long closure after the death of its previous owner, the kiosk reopened as "Loch & Quay" in late 2018, with an upmarket menu.

Other features of the park include rose gardens, playgrounds, avenues of well-established trees, barbecue facilities and a statue of Alice by John Dowie, inspired by Lewis Carroll's stories for children and unveiled in 1962. Dowie's "Piccanniny" drinking fountain, in the form of an Aboriginal child and made out of coloured concrete with a bronze water container, is near the playground.

The park has been a site for many cultural and sporting events including Carnevale in Adelaide, the Adelaide International Horse Trials, Aerobic Challenge and various events in the Adelaide Festival, Adelaide Fringe and Feast festivals. The Fringe location in Rymill Park is known as "Gluttony".

In late 2019, the Council published a draft Master Plan and Community Land Management Plan (CLMP), inviting comment from the community both online and at a public meeting on 8 December.

Early history of the area

Before European settlement, the eastern parklands were used by the Kaurna people, as a meeting and camping area. In the late 19th century, Poltpalingada Booboorowie, a personality well-known among the European settlers as Tommy Walker, a Ngarrindjeri man, and other Aboriginal people sometimes referred to as the "fringe-dwellers" camped in the area. They were forced to move from the area, first to the Adelaide Botanic Garden area and then to Glenelg. 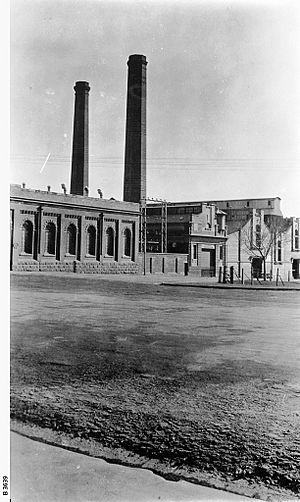 Keith Conlon described the area as "bare, swampy in winter, and populated by cows" from the time that Adelaide was founded and the parklands established by Colonel Light, and 120 years later.

The Adelaide Bowling Club moved to its present location, with its entrance off Dequetteville Terrace, in 1958.

In 1959–60, Adelaide City Council made many improvements to the park area. Following a tour overseas, Town Clerk William Veale suggested an artificial lake, playground and picnic area. The new facilities were opened by Lord Mayor Charles John Glover in late 1960. The park was named after Sir Arthur Rymill, Lord Mayor of Adelaide from 1950 to 1954 and council member for 23 years, who had actively supported the extension and improvement of Adelaide’s parklands. The lake was constructed in 1959 and the rose gardens were created in the 1960s by excavating what was then the Bartels Road rubbish tip.

Following the Council's Reconciliation Vision Statement in 1997, it set about applying dual naming of many city sites and features, deciding on a Kaurna name in collaboration with appropriate authorities and community organisations. In 2003 the final group of names were endorsed, and the name Mullawirraburka was applied to Rymill Park. The name Mullawirraburka was the name of a Kaurna man, known to settlers as "King John", "King Jack", or "Onkaparinga Jack". His name derived from Kaurna words mulla − dry and wirra – forest, which together made the name of Mullawirra, the "territory" in the Aldinga-Willunga area which Mullawirraburka inherited from his father ; and burka – old man. 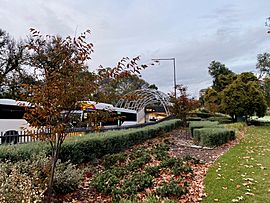 In 2015, a plan to realign Rundle Road as part of a plan to extend O-Bahn bus services to and from the city of Adelaide created controversy. The plan would result in the removal of numerous long established regulated and significant trees. Critics of the plan included Mark Parnell MLC, Nick Xenophon and former Australian Democrats leader, Ian Gilfillan. Public objections to the redevelopment prompted the creation of the Rymill Park Alliance and the Save Adelaide's Rymill Park campaign and Facebook page.

However, construction went ahead and was completed in 2017 December. Rymill Park and nearby Rundle Park was closed and a tunnel was built underneath them.

Many of the park's larger trees provide hollows and roosts which are utilised by various species for nesting and residence. Native birds species commonly seen in the park include crested pigeons, magpies, magpie-larks, eastern rosellas, rainbow lorikeets, Australian white ibis and various species of duck. Ducks are present year-round at the artificial lake which provides a permanent water source. Pacific black ducks and Australian wood ducks are the most commonly sighted species.

Marsupials such as the brushtail possum rest in tree hollows by day and emerge at night to forage and feed.

All content from Kiddle encyclopedia articles (including the article images and facts) can be freely used under Attribution-ShareAlike license, unless stated otherwise. Cite this article:
Rymill Park Facts for Kids. Kiddle Encyclopedia.